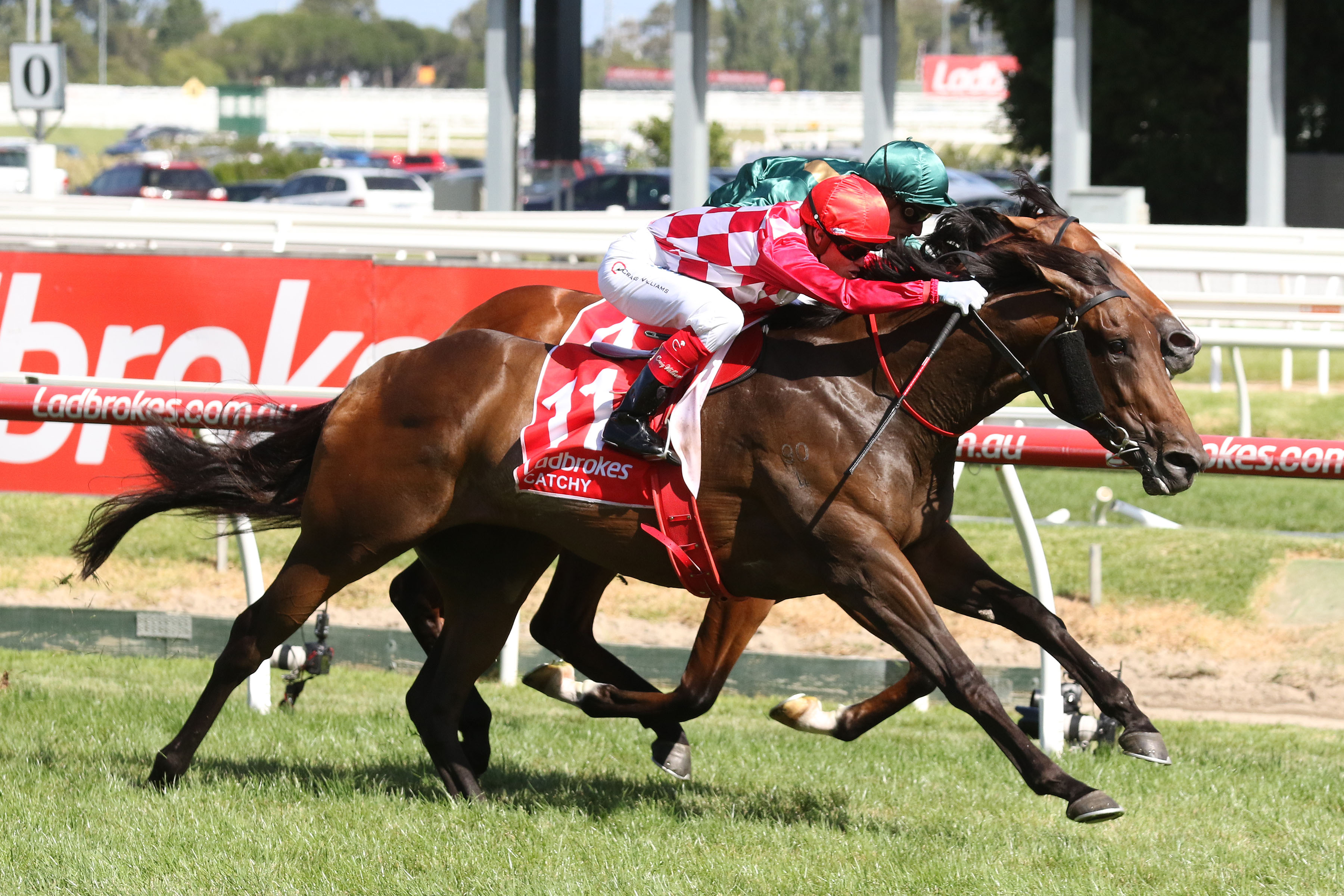 This year, the final yearling auction held at Newmarket before Inglis moves to its $140m purpose-built Riverside Stables Warwick Farm, promises to be a spectacular affair.

Wins by the likes of Gunnison (Todman Stakes-Gr.2), Frolic (Reisling Stakes-Gr.2), Catchy (Blue Diamond-Gr.1), all Inglis sale graduates, will certainly focus buyers’ minds on the Easter catalogue and the sale, from April 4-6, has been called the “best of the best” with the cream of the crop among the 480 yearlings entered for the Sydney auction.

Snitzel, whose son Trapeze Artist, passed in at $250,000 on a $300,0000 reserve at Easter last year and subsequent winner of the Black Opal Stakes-Gr.3, is the leading stallion overall with 44 entries. His yearlings should be in great demand as the stallion is having an unprecedented season for juvenile winners and stakes winners and leads the general sires’ table and the juvenile list as well to early March. His sire and fellow Arrowfield-based stallion Redoute’s Choice has 36 yearlings for Easter, next comes Sebring (35), then Pierro (33), Fastnet Rock (27) and Medaglia d’Oro (26). Ten First Season Sires are also represented, Zoustar, Fiorente, Dundeel, Shamus Award, Camelot, Dawn Approach, Declaration of War, The Factor, Fighting Sun and Epaulette.

Widden’s dual Gr.1 winner Zoustar (Northern Meteor) has 26 lots entered and the stud has a great record for making young sires, just witness the great recent success of Golden Slipper winner Sebring (More Than Ready), now one of the most successful sires in the land (Dissident, Criterion), and his younger barn mate Star Witness, sire of Global Glamour and Star Turn. Widden will also sell the first crop yearlings by the Cox Plate-Gr.1-Australian Guineas-Gr.1 winner Shamus Award, a son of Snitzel and from a mare by noted broodmare sire and juvenile Gr.1 winner Success Express. He has a colt and a filly entered including a half-sister to this season’s boom juvenile She Will Reign.

There will also be great interest in the first local youngsters by Declaration of War (Coolmore) and The Factor (Newgate) as they herald the arrival of a new branch of the all-conquering Danzig line to come to Australia, that of outstanding US-based sire War Front. The Factor, a dual Gr.1 winner at 7f in the US, is already sire of Gr.1 winner Noted and Quoted among a host of winners in the US, while dual Gr.1 winner Declaration of War, has his first northern runners in 2017.

Of the 480 Lots catalogued, 146 are from stakes-winning mares, including 22 Gr.1 winners and first foals from Samaready, Secret Admirer, Gondokoro and Steps In Time and 304 Lots contain black type in the first dam. Arrowfield is the leading vendor with 51 Lots, followed by Widden (36) and Coolmore (32).

With Arrowfield’s star stallions Snitzel and Redoute’s Choice leading the numbers, as well as strong representations of many of their other stallions such as Animal Kingdom, Dundeel and Smart Missile, chairman John Messara is thrilled with the draft.

“We have a very strong draft of 51 yearlings for Easter, which has something for everyone,’’ Messara said. “It promises to be a good sale.’’

Among this draft is a three-quarter sister to Gunnison (Not a Single Doubt) and this Snitzel filly is Lot 84. James Harron had to go to $850,000 to buy the first foal of Gr.2 winner Colorado Claire (Hussonet) last year but he looks to have a ready-made stallion prospect after the lightly raced unbeaten colt’s Gr.2 win at Randwick. Gunnison is inbred to breed-shaper Danehill, a sire whose bloodlines dominate the sale via sons like Fastnet Rock, Exceed and Excel, Redoute’s Choice and grandsons like Choisir, Not a Single Doubt and Snitzel and the many high-class broodmares carrying his blood.

But there is diversity too, proven Darley-based sires like Medaglia d’Oro and Lonhro, Vinery’s star sire More Than Ready (this stud also has emerging young gun All Too Hard) and of course the outstanding Yarraman Park-based sire I Am Invincible. This son of the Danzig-line sire Invincible Spirit has 18 yearlings catalogued. Watch out for fireworks after 19 of his 20 lots sold for great prices at the recent Inglis Melbourne Premier including the sale-topping $1.4m colt, a half-brother to Gr.1 winner The Quarterback. He is the most expensive yearling sold so far this year, but watch this space as Easter begins!

I Am Invincible is one of the great sire success stories, starting out on a fee of just $11,000 in 2010. These yearlings were conceived off a fee of $27,500 and he stood at $55,000 in 2016, a fee that looks likely to climb again in 2017 as he’s currently sitting third behind Snitzel and Fastnet Rock on the general sires’ table (to March 6) with 99 winners of $7.71m for the season, led by his incredible juvenile daughter Houtzen, a Magic Millions Juvenile winner who lumped 63kg to a four-length victory in a two year-old event at Eagle Farm on March 4, a weight carrying feat not seen since the early 1970s. She is unbeaten in four starts.

Inglis National Bloodstock Manager Jonathan D’Arcy described the catalogue as “truly world class and representative of the enormous investment that Australasian breeders have put into the bloodstock industry over the past 10 years.’’

“Our breeders have sourced some of the best credentialed young fillies and mares from North America and Europe and bred them to the best stallions in the world. This will be a special year to be at Newmarket and I am very proud that our clients have entrusted us with this amazing array of top class yearlings to offer to the market.

“Inglis has always maintained a strict selection policy with the Easter sale and this year we have trimmed the catalogue to showcase what we feel are 480 of the finest yearlings to be offered in Australasia in 2017.’’

The Blue Diamond winner Catchy (Fastnet Rock) led home a trifecta of Inglis graduates in the Blue Diamond and she was a $220,000 buy last Easter. She provided her champion Coolmore-based sire, with his first domestic juvenile Gr.1 winner (he has 2YO Gr.1 winners from his northern seasons) and his 27th Gr.1 winner overall. Catchy is also the 47th Gr.1-winning graduate for Coolmore Australia. Fastnet Rock also sired Blue Diamond third Formality, while Coolmore’s young Golden Slipper-winning sire Pierro (33 lots) sired the fourth placegetter Tulip. Coolmore will be looking forward to offering its draft by champion So You Think after the young sire had his first Australian Gr.1 winner (after one in NZ) when talented colt Inference won the $1m Randwick Guineas on March 4.

With this wonderful array of bloodstock catalogued it’s no wonder this sale attracts buyers from around the globe. This final sale, conducted under the shadow of the historic fig tree that dominates the sale precinct, is sure to be something special. Inglis has been serving the bloodstock industry for more than 150 years and is certain to be leaving its long-time Randwick home on a real high. 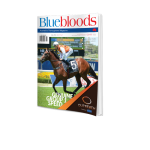 For just $22 per month (Aus residents) subscribe to Bluebloods and get this article and many more from Australia’s only true thoroughbred breeding magazine. Subscribe now and receive the industry bible ‘STALLIONS’ free. Subscribe online here.