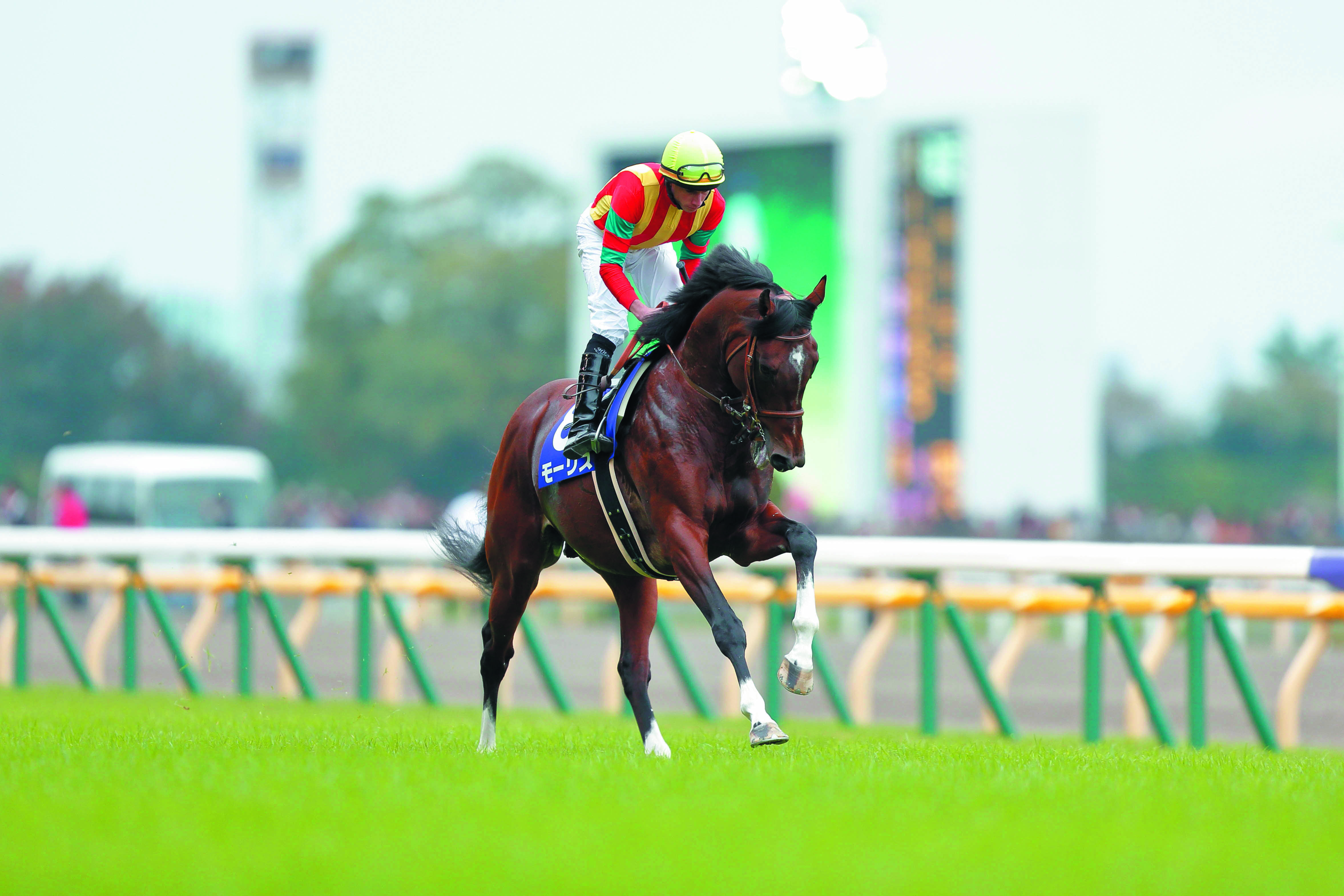 MAURICE (Screen Hero-Mejiro Frances by Carnegie (IRE)), the 2015 Japan Horse of the Year, Champion Sprinter and Champion Miler, is owned by Mrs Kazumi Yoshida and stands at the family’s Shadai Stallion Station, being fully booked in his first northern season.

Among the mares visiting this Roberto line sire is dual Japanese Horse of the Year and seven-time Gr.1 winner Gentildonna (Deep Impact) owned by Mrs Yoshida’s husband, international owner and breeder Katsumi Yoshida, who declared, “she is the best mare I own and she will be covered by Maurice”.

Maurice is a son of Japan Cup-Gr.1 winner Screen Hero (Grass Wonder-Running Heroine by Sunday Silence), whose second dam, Dyna Actress is by Northern Taste (Northern Dancer-Lady Victoria by Victoria Park), a horse who dominated the Japanese sire charts before Kentucky Derby winner Sunday Silence (Halo) took over as that country’s all-time great sire and whose dam is a half-sister to Nearctic.

He was runner-up in the Irish Derby and third in the English Derby, a race won by his sire who is well known in Australia via his Melbourne Cup winner and sire son At Talaq (USA) and champion shuttler Red Ransom (USA), whose daughters could be a good fit here. Mejiro Frances, the dam of Maurice and four other winners, is by multiple Gr.1 winner and Arc de Triomphe-Gr.1 winner and former shuttler Carnegie (IRE) (Sadler’s Wells-Detroit by Riverman), whose dam, a Horse of the Year and Champion Three Year-Old in France, also won the Arc.

Detroit’s dam Derna (Sunny Boy) is also third dam of champion sire Zabeel and this could be a wonderful cross with Maurice as Carnegie’s sire, the multiple champion European sire Sadler’s Wells, is a three-quarter brother to Zabeel’s dam sire Nureyev. Carnegie’s southern bred stock include Gr.1 winners Amalfi, Carnegie Express, Perlin, Tuesday Joy and Vision and Power. Maurice’s second dam, Mejiro Monterey, a winner of seven races (1200m-2500m) up to Gr.2 level in Japan and dam of four winners, is by the Lyphard son Mogami, a stakes winner in France and from the family of La Troienne.

She is from the unraced Mejiro Quincey, by another French stakes winner in Fidion (Djakao) and from multiple stakes winner and stakes producer Mejiro Bosatsu, by the King George VI and Queen Elizabeth stakes winner and English Derby runner-up Montaval (Norseman), whose sire is a half-sister to the dam of Australian sire great Wilkes (FR).

He started 2016 with a second (1.25 lengths) in the Tokyo Yasuda Kinen-Gr.1 behind Logotype when ridden by Tommy Berry and was then second in the Sapporo Kinen-Gr.2 (2000m) to Neorealism before ending his career with two superb wins, firstly beating Real Steel in the Tokyo Tenno Sho (Autumn)-Gr.1 (2000m) for jockey Ryan Moore and then a three length demolition of a high class field in the HKJC Hong Kong Cup-Gr.1 (2000m in 2:00.95) from Secret Weapon.

Trainer Noriyuki Hori again employed the services of Ryan Moore, who also won the Kyoto Mile Championship-Gr.1 and the Hong Kong Mile-Gr.1 aboard the horse the previous year. Moore, a dual Longines World Champion Jockey, was full of praise for Maurice at the horse’s retirement celebration at Nakayama on January 15.

“He was just an outstanding horse with a fantastic mind,” he said. “He always wanted to win and he put everything into his races, was really powerful, travelled wherever you wanted him to and he had a fantastic turn of foot.” “Nobody could fail to be impressed by Maurice’s extraordinary performances at the highest level,” Arrowfield chairman John Messara said when announcing the champion would join the stud’s roster where he will stand alongside another Yoshida-bred Gr.1 star in Real Impact (by Sunday Silence son Deep Impact). “We are privileged to stand the Yoshida family’s charismatic superstar whose physique, 1600m dominance and Danehill-free status make him a wonderful addition to our roster.”