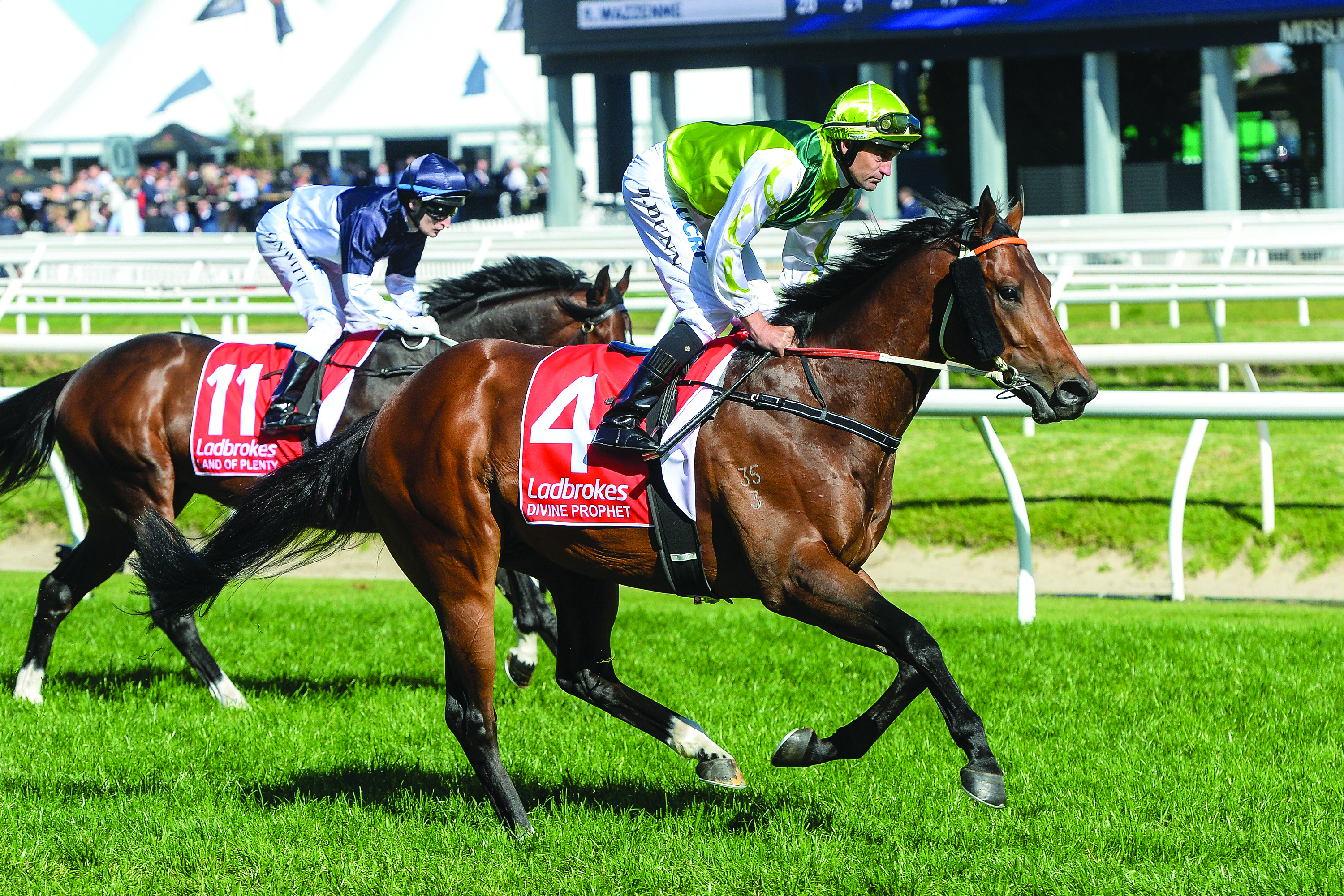 AQUIS has added Gr.1 winner Divine Prophet and Gr.2 winner Attention to its growing two-state roster. The former, a son of Choisir, will stand in NSW ($22,000) and the latter, a son of Stratum, will stand in Qld ($11,000). With a stakes double at the Gold Coast on May 6 in the shape of Religify (Prime Minister’s Cup-LR) and Taking Aim (Ken Russell Memorial Classic) on top of The Mission’s Champagne Stakes-Gr.1 win at Randwick on April 15, Coolmore’s “unsung hero” Choisir (Danehill Dancer (IRE)-Great Selection by Lunchtime (GB)) continues to sire winners of the highest class day in-day out. 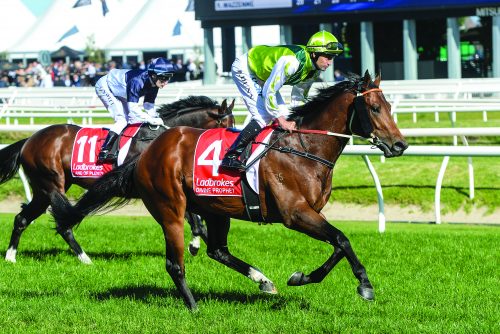 In 2017 the champion sprinter and international trail blazer will command a fee of $29,700 at Coolmore, Jerrys Plains, where he stands alongside his multiple Gr.1-winning son Starspangledbanner (ex Gold Anthem by Made of Gold (USA)) at $16,500. Darley has added another of the sire’s Gr.1 winners, The Last Lion (IRE) (ex Mala Mala by Brief Truce (USA)), winner of the Middle Park Stakes-Gr.1 at two, to its roster at Kelvinside for 2017 ($13,200), while Arrowfield shuttles Choisir’s four-time Gr.1 winner Olympic Glory (IRE) (ex Acidanthera by Alzao (USA)) to Scone ($16,500).

That major studs are backing Choisir’s sons so strongly bodes well for the prospects of Divine Prophet (ex Prophet Jewel by Encosta de Lago), who won over 1200m and was third in the Champagne Stakes-Gr.1 behind Prized Icon in just three runs as a juvenile. At three he won the Up and Coming Stakes-Gr.3 (1300m) first-up, was then fourth in the Golden Rose-Gr.1 to Astern, a narrow second in the Stan Fox-Gr.2 (1500m) to Impending and then beat Seaburge by a head, with Hey Doc a half-length further back in third, after coming with a strong late charge in the $1m Caulfield Guineas-Gr.1 (1600m in 1:36.51).

He raced for Tony Falcone and family, who also bred the colt and his talented brother Proisir, now at stud in NZ. Divine Prophet was unplaced in three subsequent starts for team Hawkes earlier this year and retired with three wins, a second, a third plus a Gr.1 fourth, in 10 starts and earnings of $880,525, gaining a World Thoroughbred Ranking of 116 in 2016. After his Guineas victory Wayne Hawkes, who trained the colt in partnership with brother Michael and father John, said the son of Choisir had always shown Gr.1 potential. “He dug so deep in the Guineas,” he said. “Michael said to me some time ago ‘this is a proper horse’ and he was right. He’s done everything right and it was a perfect ride by Dwayne (Dunn).

It’s a big race, a stallion making race and this will be another good colt to go to stud.” Choisir, who retired to stud in 2003, was the leading juvenile colt of 2001-02, starting his career with a win in the historic Breeders’ Plate-LR, then winning the rich Inglis Classic before running second in the Pago Pago-Gr.2, AJC Sires’ Produce-Gr.1 and third in the Golden Slipper-Gr.1 and Champagne-Gr.1. At three he won the Lightning-Gr.1 and Linlithgow-Gr.2 before travelling to England where he stunned racegoers with wins in the King’s Stand-Gr.2 and Golden Jubilee-Gr.1 at Royal Ascot and a second in the July Cup-Gr.1.

The Paul Perry-trained chestnut became the first Aussie to win a Gr.1 sprint in the UK. His son, Starspangledbanner, now a successful sire, subsequently counted the July Cup and Golden Jubilee amongst his Gr.1 wins, which also included the Caulfield Guineas and Oakleigh Plate. That horse is among 81SW (12 Gr.1) by his sire who has left 950 winners of about $100m, working with a variety of sire lines but showing a liking for further returns of Star Kingdom (especially Biscay and brothers Todman and Noholme) and Danehill (USA), for mares carrying Sir Tristram (including Zabeel, Marauding), Zeditave, Encosta de Lago, Sadler’s Wells and further lines of Native Dancer, including through Mr. Prospector. Like Divine Prophet, the Gr.1 winner Japonisme is also out of a daughter of multiple champion sire Encosta de Lago.

His dam Prophet Jewel, a city winner of six races to 1300m, has left four winners, all by Danehill line sires and including another Choisir colt, Proisir, whose three wins included the NJC Spring Stakes-Gr.3 and who was runner-up in the Spring Champion Stakes-Gr.1 and Randwick Guineas-Gr.1 (both to Dundeel) and third in the Hobartville-Gr.2 (to Pierro) and was in the first three in six of his seven starts (WTR of 115 in 2013). Proisir stands at $7000 plus GST in NZ and has covered books of 145 and 133 in his first two seasons at Rich Hill Stud. Next dam Factor (Centaine) won twice and her four winners include stakes placed Mr Esteem (Umatilla) and she is from the Imperial March (Forli) mare Imperial Bride, dam of four winners and a half-sister to stakes winners Gold Pulse and Down The Aisle.

THE BRC Sires’ Produce Stakes-Gr.2 winner Attention (Stratum-Flamboyance by Snowland) won twice and was runner-up twice in seven starts at two. Trained by Peter and Paul Snowden, he was a $620,000 Easter buy from the Highgrove Stud draft, purchased for a high profile syndicate led by James Harron Bloodstock. 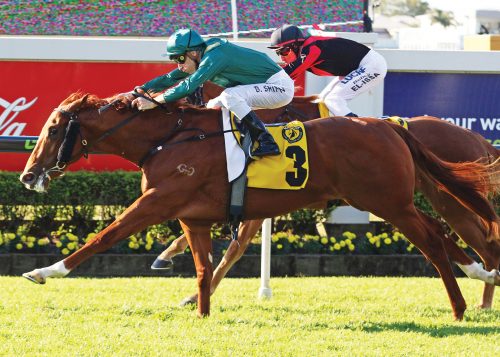 He was narrowly beaten on debut when runner-up to Rafha’s Choice over 1100m at Randwick in late November 2015 and returned to the track the following March when unplaced in the Pago Pago-Gr.2. Attention made amends at the end of that month by beating Prized Icon and Crafty Cop into the minors in the Schweppervescence-Gr.3 (1400m) at Rosehill. Unplaced in the ATC Sires’ Produce-Gr.1 in early April, the colt travelled to Brisbane for the winter riches and was narrowly beaten by Winning Rupert in the BRC Champagne Classic-Gr.2 (1200m) on May 14 before collecting the BRC Sires’ Produce-Gr.2 (1350m in 1:19.09) from Dreams Aplenty and Nikitas two weeks later.

Attention was unplaced in the J.J. Atkins-Gr.1 and sent for a break, resuming with a fifth in the Expressway-Gr.2 in early January this year, before a length second to Oak Door in the MRC Autumn Stakes-Gr.2 on February 11. He was beaten under a length when fourth to Black Heart Bart in the MRC Futurity-Gr.1 (1400m) next time out and was unplaced in the Australian Guineas-Gr.1 on March 4. Currently campaigning in Queensland, he resumed with a fourth in the Gold Coast Guineas-Gr.3 (1200m) to Savanna Amour on May 6 and looks on track to add to his fine record before heading to stud in the new season.

“On behalf of his owners we are hugely excited to make the decision now that Attention will stand at Aquis Farm in Queensland,” James Harron said in early May. “Attention was a standout at the Inglis Easter Sale and he’s been a wonderful horse throughout his racing career to date.” By now-deceased Golden Slipper-Gr.1 winner Stratum (Redoute’s Choice-Bourgeois by Luskin Star), sire of more than 400 winners (34SW) including Golden Slipper-Gr.1 winner Crystal Lily, champion mare Streama and multiple Gr.1 winner Stratum Star (who retires to Widden in 2017), Attention carries a powerful 4mx3f cross of another Golden Slipper winner in Vain.

Unbeaten World Champion Sprinter Black Caviar also has a double of Vain 3fx4f and her second dam is by multiple Gr.1 winner Snippets, while Attention’s dam is by AJC The Galaxy-Gr.1 winner Snowland, a son of Snippets, whose sire Lunchtime (GB) (Silly Season) also features in the pedigree of Stratum as the dam sire of Golden Slipper winner Canny Lad.

As well as the doubles of Vain and Lunchtime (6fx4m), Attention also has Danzig 4mx5m (via Danehill and Polish Precedent), multiple lines of that horse’s sire Northern Dancer and dam Natalma and multiple lines of Buckpasser (two daughters and a son). It’s no surprise Stratum was a star at two, his sire won the Blue Diamond-Gr.1 and looked to have the Slipper at his mercy before being scratched before the race, while Stratum’s first two dams are by Slipper winners Luskin Star and Vain.

They are from Morning Bird (Swaps), a daughter of Beguiling (Nasrullah-Dynamo by Menow), a half-sister to multiple Gr.1 winner High Voltage (Ambiorix), second dam of Gr.1 winner and sire Majestic Light, family 8c. Others in this family include Ruffian, Green Forest and more distantly Be My Guest and Storm Cat. n 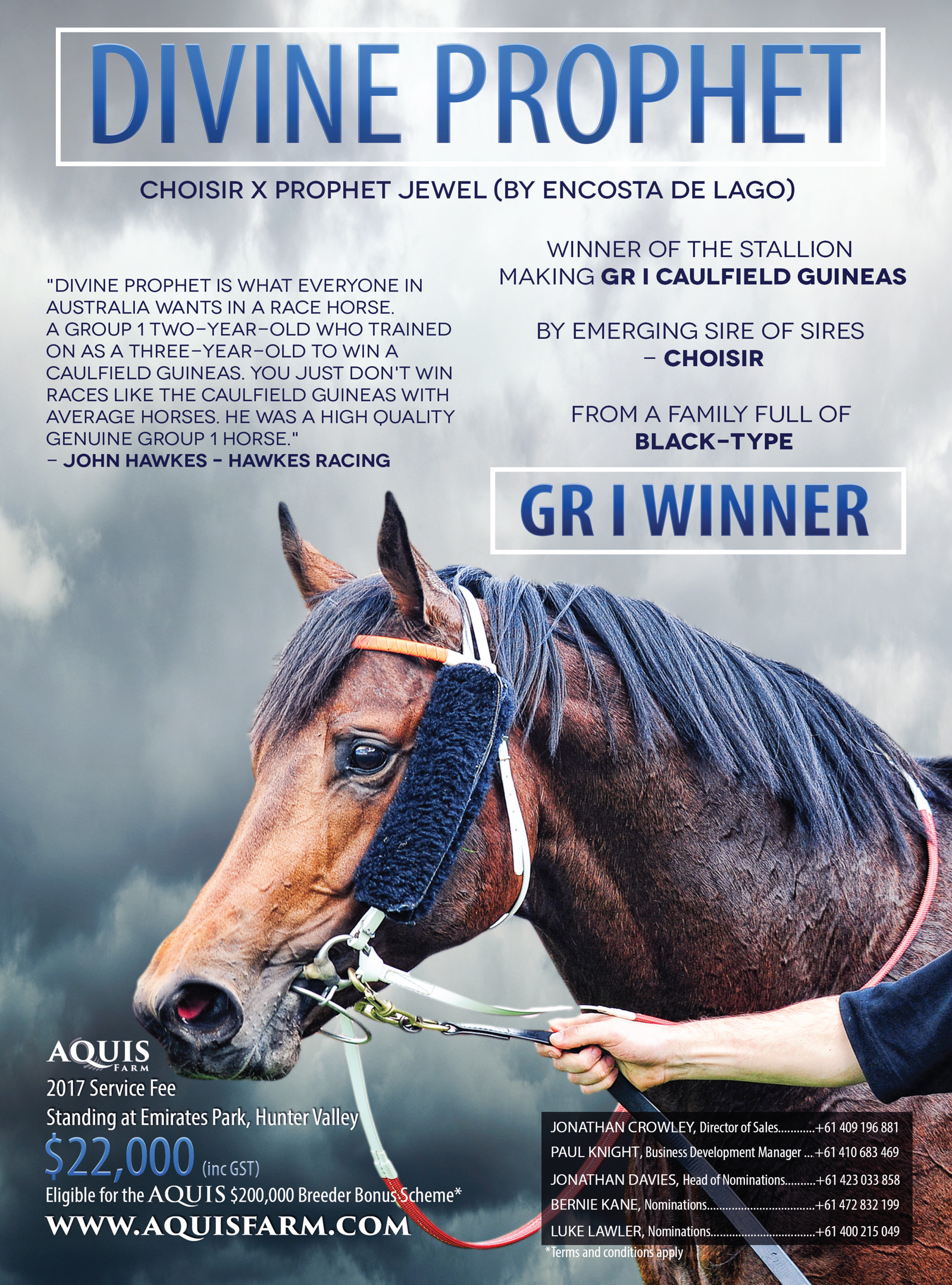