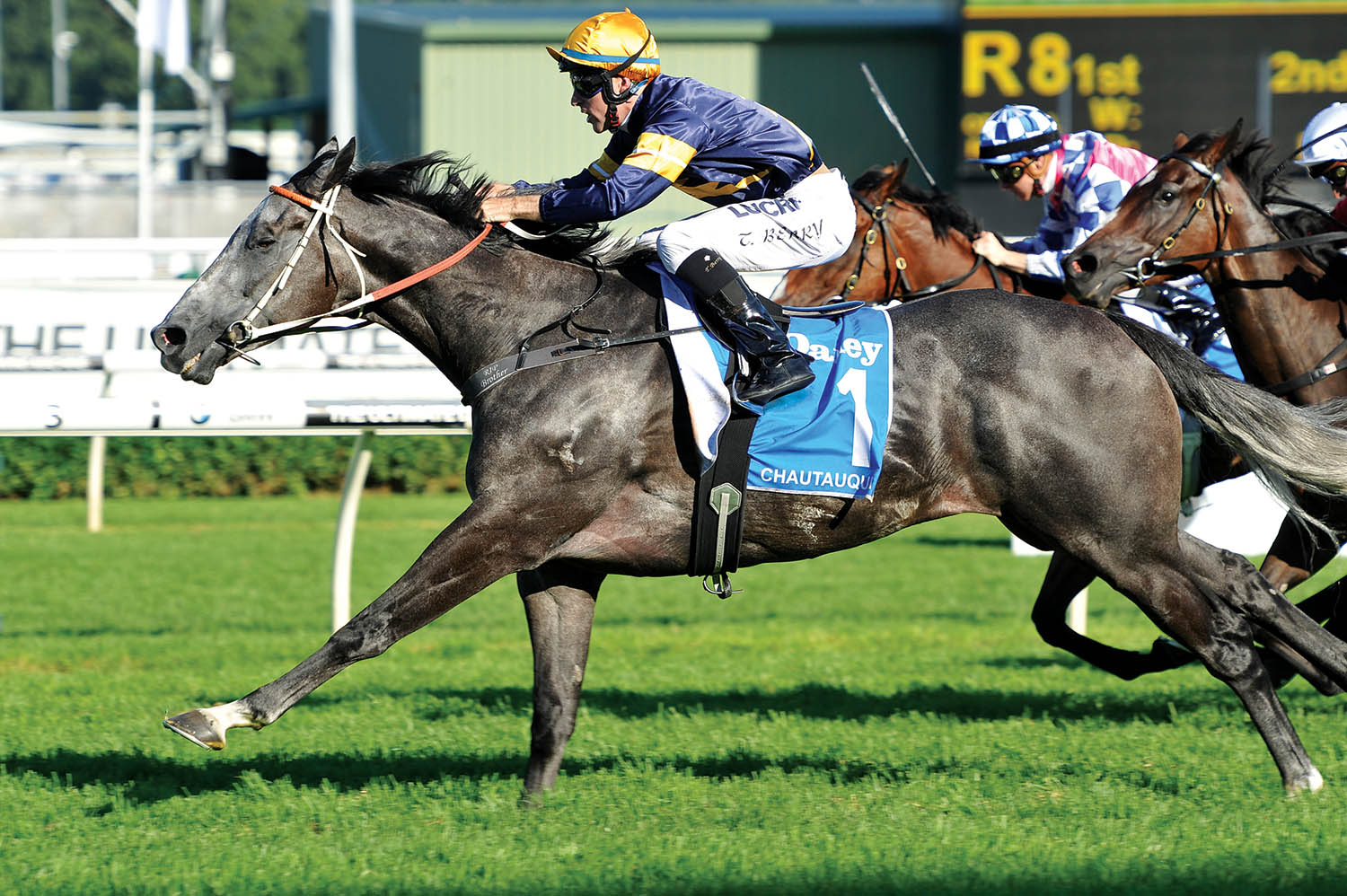 Sledmare, a noted stud farm 10 minutes drive north west of Scone poised to celebrate a 100 years of continuous activity as a horse breeding complex, has expanded in size and substance this year through the acquisition of adjoining Kilwinning. Sitting on tableland between Sledmere and Scone racing centre, Kilwinning is a 65ha (160 acre) property containing four houses, stabling for 20 horses, stockyards, a horse walker and well-fenced paddocks.

It was owned in the 1960s and early 1970s by F.K. Mackay (Reay Pty Ltd), the breeder of the 1955 AJC Adrian Knox Stakes (now ATC Oaks) and Princess Handicap winner Sabah (Empyrean (GB)-Rezan by The Buzzard (GB)). Reay Pty Ltd sent Sabah to NZ for a mating with Chatsworth II (GB) (Chanteur II) and bred Royal Sovereign, a winner in the spring of 1964 of three Derbys, the AJC, VRC and QTC, and runner-up in the Caulfield Cup. The AJC and QTC Derbys in the 1970s became autumn and winter classics.

Also bred by Mackay and from the same female line (family C1) were Nebo Road (by Wilkes (FR)), a winner of the AJC Breeders’ Plate and VRC Newmarket and Prince Rezan (by Brueghel (ITY)), winner in Brisbane of the Queensland Cup and in NSW of the Grafton Cup. The Reay Pty Ltd bred horses were raised on Scrumlo, a property in the foothills of the mountains east of Aberdeen in the Hunter Valley, but moved as yearlings to Kilwinning for sale preparation. Kilwinning was also used for preparation of the Scrumlo Herefords for exhibition at the Royal Easter Show.

In the late 1970s Kilwinning was home for A.O. Ellison, the Sydney solicitor who earlier stood Star Kingdom (IRE) and his son Todman at the Baramul Stud in the Widden Valley. In the early 1980s Dr Frank Reid maintained the farm as a horse stud and he stood the brilliant Persian Lyric galloper Let’s Fly.

In recent years, Kilwinning has been owned Scone stock and station agent and property salesman Bill Rose. He leased the horse facilities initially to Nick Posa, now Lincoln Farm, Timor Road, Blandford, Hunter Valley and then to Neale Bruce’s Berkley Park stud and agistment farm. It also relocated to Blandford. One of the first horses foaled in Neale Bruce’s care at Kilwinning was superstar sprinter Chautauqua.

The addition of the Kilwinning country to Sledmere, a major agistment and broodmare farm conducted by Royston and Catriona Murphy, now provides Sledmere with 348ha (860 acres) containing prime undulating paddocks with irrigation, which should be of enhanced value in servicing their extensive client base.

Although, it probably ran horses before, the history of Sledmere as commercial stud began when it was officially established at the end of the first world war by Hugh Denison, a leading Sydney businessman, and H.G. ‘Guy’ Raymond. The partnership broke up in the 1920s when Guy Raymond moved to Victoria and for half a century conducted the historic St Albans Stud at Geelong in Victoria. In Raymond’s twilight years, St Albans was managed by his daughter Ann Raymond. After his death, Ann Raymond, an aunt of Catriona Murphy, acquired Sledmere and conducted it for more than 35 years, up until her death in 2013.

Earlier for a quarter of a century from the1940s it was a prominent stud in the ownership of Sydney businessman Maurice Point. A notable product off Sledmere during his tenure was Sailors Guide, winner of the VRC Derby, St Leger, Queen Elizabeth, twice, LKS Mackinnon Stakes, CB Fisher Plate, AJC St Leger, Sydney Cup and, in America, the Washington DC International, elevated from second by the stewards.