FORTUNES GENERALLY EBB AND FLOW IN THE RACING GAME BUT THIS YEAR GEORGE ALTOMONTE’S CORUMBENE STUD AT DUNEDOO HAS RIDDEN A VERITABLE WAVE OF SUCCESS THANKS PRIMARILY TO THE DEEDS OF TOP COLT MENARI AND THE STAKES WINNING MARE SAMANTHA. BOTH HAVE A LINK TO THE GOLD COAST SALE RING ALTHOUGH NEITHER WAS DESTINED TO LEAVE CORUMBENE’S OWNERSHIP.

Such is Corumbene’s standing within the industry George is in the position where only those horses worthy of sale are taken to market. Menari was a case in point of not everything going to plan and the horse not meeting the stud’s exacting pre-sale standards. Entered for the 2016 Gold Coast Sale George explained “He had some minor issues leading into the sale which would have had a detrimental effect on his value, so we withdrew him.” The decision proved fortuitous as he banked the Gr.2 Run To The Rose in devastating fashion and was a gallant third in the Gr.1 Golden Rose thereafter. Handsome and talented, a place at stud surely beckons.

In Samantha’s case the Listed Fireball Stakes winner was offered twice and passed in on both occasions, with a modest reserve. As George explained “We are there to sell and so place reasonable reserves on our stock. If the market doesn’t agree then sometimes it works in our favour.”

So standing by the fundamentals of excellence and value the team at Corumbene believe they represent, their January draft consists of ten quality lots. Singling out a star amongst them proved difficult for Farm Manager Toby Frazer, “They’re all very nice horses otherwise in this market they wouldn’t warrant taking.”

Toby felt the son of Stratum and the More Than Ready mare Cheetara would prove popular as a three quarter-brother to one of last season’s leading juveniles in Single Bullet, winner of the Gr.3 Pago Pago Stakes. He pointed out that when Single Bullet resumed with a second in the Gr.2 Roman Consul Stakes his conqueror was Viridine who also appears in the colt’s pedigree. “There is certainly plenty happening on the page. Also this will be one of the last chances to get a Stratum,” the late Golden Slipper winner having one small crop to follow next year.

Corumbene will also offer a Stratum colt out of Sebring’s winning sister Adria bringing together two strains of Golden Slipper winning blood. “He’s a good type, not overly big but a later foal so he’ll do plenty of catching up.”

Understandably the progeny of Not A Single Doubt will be in demand and Corumbene have high expectations for his son out of Donnica, an unraced sister to Roedean who was first past the post in the Blue Diamond Stakes. “A really nice horse, good length of rein and stands over a lot of ground”, said Frazer. Here is another pedigree with updates, Donnica’s daughter Madonnica a recent winner at Canterbury with this season’s Listed Seymour and Balaklava Cups’ winner Balf’s Choice close up on the page.

Along with the Not A Single Doubt Corumbene will present a trio of yearlings by sires at the top of their game.

They have a filly by Champion Sire Snitzel out of the Zabeel mare Avarice. “Her half-sister Cassadee has shown she is talented so we’ve kept her in training. This filly is tall and stands over a lot of ground as well.” Then there is an I Am Invincible with a strong hindquarter, typical of the breed, out of Gourmet Garage a Canny Lad half-sister to two stakes winners. They will also present a More Than Ready filly out of the three-time Sydney winner Longlea. “She’s not a big filly but I like the way she does everything quickly. She certainly has a bit of zip in her attitude to things,” said Toby.

The stud’s draft also includes two interesting lots by first crop sires in Adelaide and Brazen Beau, and Toby rates both highly. He holds the Adelaide filly out of Kylie by Danehill Dancer in high regard. “I think she will surprise plenty of people with her movie star looks. Once we get her out of her box for the first time we are expecting word will spread and she’ll be in demand.” As for the Brazen Beau Toby offered “The market loved his foals and they have furnished into some lovely individuals like this big, strong fellow.” Another out of a Flying Spur mare, his dam Wings Of Success comes from an international family and includes Australia’s own Alverta who was good enough to mix it with the best in Europe.

Rounding out the Book 1 offerings is a strikingly marked Sepoy colt out of Romincka, a daughter of More Than Ready and Corumbene’s AJC Sires and Champagne Stakes winning filly Hasna. “He’s typical of the Sepoy’s with plenty of size and strength. I think the trainers are just starting to work out the breed so I’m expecting considerable interest,” said Toby.

A Smart Missing filly out of the Flying Spur mare Brasilia from the family of Gr.1 Ranwick Guineas winner Inference and an Epaulette colt who is a half-brother to SW of 500k Mr Unforgettable round out the Corumbene offering in Book 2. 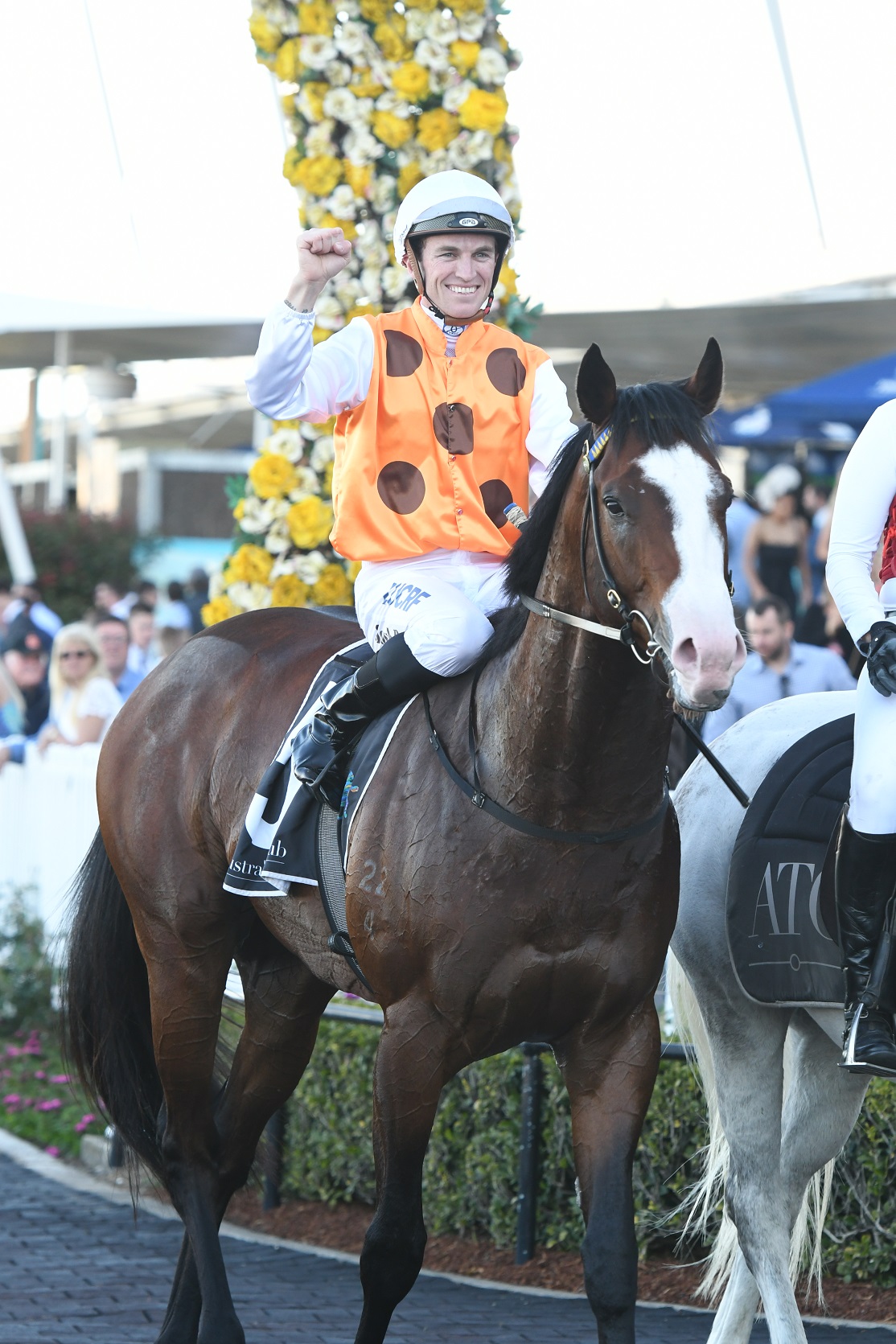 What is your personal Magic Millions highlight to date?

I’d have to say joint-topping the 2017 sale with a $1.3 million full brother to Sebring.

How many mares did you breed with in 2017 and who is the best known?

The stud had 45 mares active this season with Overreach and Hasna the picks. Overreach is due to foal to Snitzel and will go back to him while Hasna foaled an Exceed And Excel colt and will visit More Than Ready.

Your ideal night out on the Gold Coast?

Any one of a number of venues at the Marina Mirage.