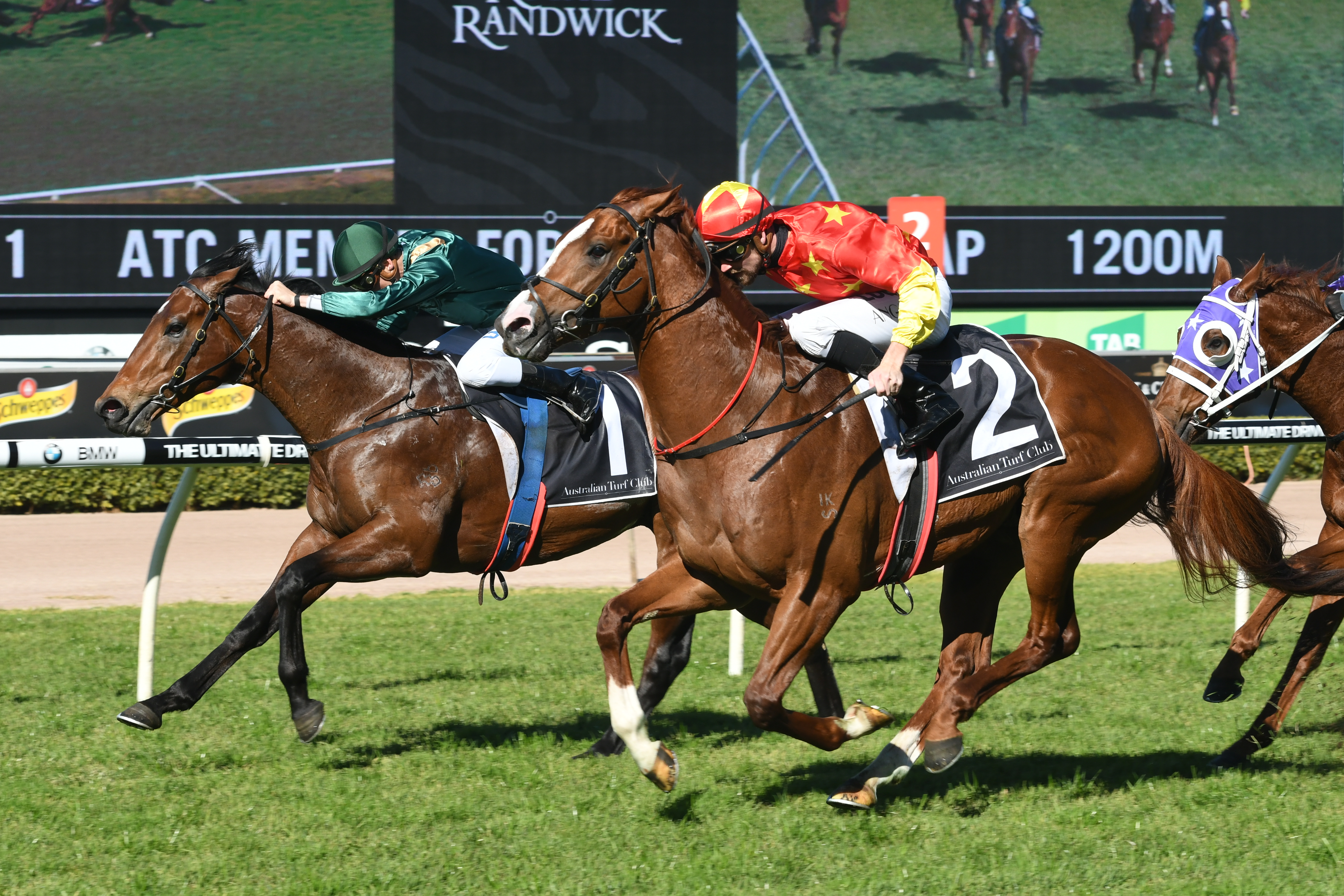 EDINBURGH PARK IS LOOKING FORWARD TO THE AUTUMN CARNIVAL WITH JUSTIFIABLE EXCITEMENT AFTER THE EMERGENCE OF SOME EXCITING THREE YEAR-OLDS OVER THE SPRING.

So You Think colt Tamasa earned the somewhat unwanted tag of “best thing beat” of the carnival when he ran into a traffic jam in the final race of Melbourne Cup week at Flemington. Tamasa, a $160,000 Edinburgh Park sold yearling, had won his first two starts in impressive style and was duly well backed to land the Listed finale at Flemington. Alas, he lost his unbeaten tag, but earned a whole new group of admirers in the process.

Earlier in the spring Assimilate emerged as a potential topliner. The son of Sebring won his first two starts impressively before producing a whirlwind finish to just miss in the Group 3 Ming Dynasty. At his next start he ran a respectable fifth in the Group 1 Golden Rose, before Peter Snowden decided to turn him out for a spell.

Serena Bay, winner of three from six as a two-year-old in addition to being Group 2 placed, has gone back into work and is another three-year-old the stud has high hopes for.

Smith also noted there are a number of promising Edinburgh Park reared and bred two year-olds due to step out over the summer.

Edinburgh Park kicked a goal in its infancy, with world champion Hong Kong based sprinter Silent Witness emerging in the farm’s first commercial crop. “You need to kick a goal early. If I’d known how hard it was, I probably wouldn’t have started in the first place,” Smith said. “You either need lots of money and keep pouring it in, or get those results early.”

This past year was a good one at the sales for Edinburgh Park, which averaged $238,000 for the 10 sold at the Gold Coast Magic Millions Yearling Sale last January. These were headed by a $420,000 Snitzel filly (currently in pre-training) and $310,000 for an Exceed And Excel filly, now named Cavalini which ran an encouraging fifth on debut in the Debutant Stakes at Caulfield in October.

“We were just outside the top 10 vendors in Australia for sales averages in 2017,” Smith said. “We have four yearlings going to the Gold Coast in January. Our numbers were reduced that year and now we’re building back up again. We bred 55 mares in 2017 and we’ve certainly increased our numbers.”

The Gold Coast draft includes a Smart Missile half-sister to last year’s $420,000 Snitzel filly (ex Fortune Of War). “Smart Missile is having a bit of a resurgence, which is good. This is a big strong filly with an outstanding female line.”

Edinburgh Park will also offer a Fastnet Rock colt from Smokin’ Alice. “He’s a really nice Fastnet Rock colt and it’s the family of Mica’s Pride. We bred Bull Point, he’s in that family and we sold him for the top price at Magic Millions of his year. We’ve bought a lot of mares out of America from that family. This is another branch of that family which we are confident will be successful for us. He’s a big strong athletic colt and one of those horses that will appeal to a lot of buyers.”

Smith describes Edinburgh Park’s Shooting To Win – Becerra colt as a likely “late two year-old, three year-old type. That family is on the cusp of developing into some really nice runners. Tony McEvoy purchased the All Too Hard for $240k from Magic Millions last year and they are very happy with that colt. If people are looking for a first season stallion out of a quality mare, this is the sort of horse you would be looking at.”

The final yearling in the Edinburgh Park draft is a Rubick colt from Euro Chic. “He’s very much a two year-old type. On type, he was just a standout to go to this sale. If anyone wants a two year-old that could come back in 12 months and win this race, this is the sort of horse you’d be buying.”

Among the foals at Edinburgh Park born in 2017 were progeny of leading stallions like Fastnet Rock, Snitzel, Exceed And Excel and Written Tycoon. But without doubt, one of the most prized thoroughbreds roaming the Edinburgh Park paddocks is the retired former Horse of the Year Weekend Hussler. “He’s looking after weanlings, doing his thing. He’s just a paddock mate for different horses. He might go for a truck trip every now and then just to keep young horses company. We make sure he’s happy and healthy. He’s doing all right.”

What is your personal Magic Millions highlight?

“Select, but will appeal to people looking for quality yearlings that will go on and give them every chance to win a nice race in the future.”

What is your personal Magic Millions ambition?

“To continue to present yearlings that appeal to the market place.”

What do you wish more people should take notice of?

“Let’s flip that question on its head. Absolutely nothing. The reason why horse sales are exciting and horses appeal to different buyers is because everyone looks for different things. No one’s ever wrong and no one’s ever right. Basically what you are looking for is a good pedigree, nice type and off a good farm and you’re halfway there.”

What is your favourite place to eat and drink on the Gold Coast?