Grenville Stud in northern Tasmania had its greatest success in 2015-16 when Mongolian Khan (Holy Roman Emperor (IRE)-Centafit (NZ) by Centaine) won the Caulfield Cup-Gr.1, to give him three career victories at the highest level. Graeme and Christine McCulloch own the property and were on course for each of Mongolian Khan’s Gr.1 wins, the 2014-15 New Zealand Derby, 2014-15 ATC Australian Derby and Caulfield Cup. 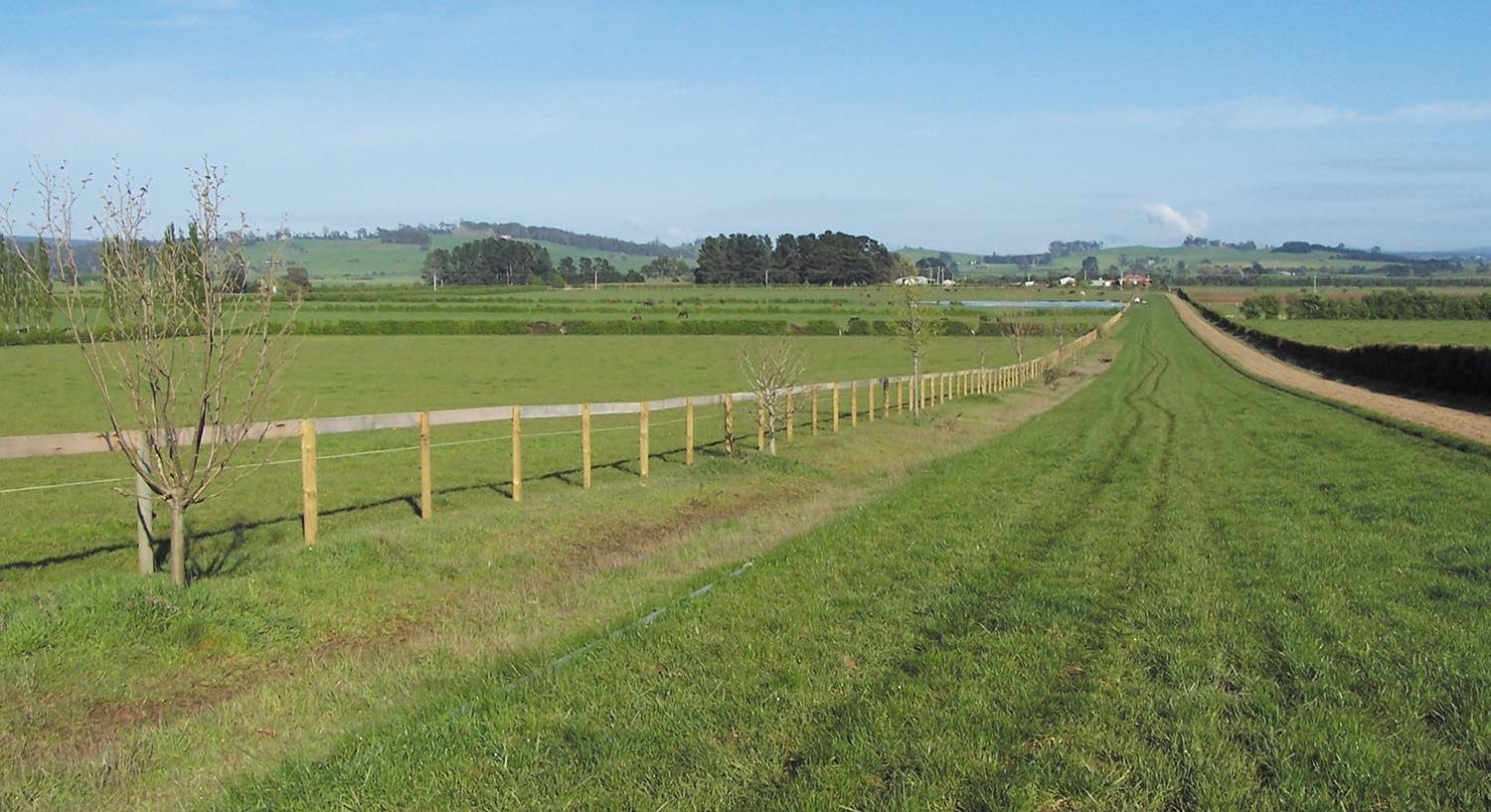 Tasmania also produced Australian Guineas-Gr.1 winner Palentino (Teofilo (IRE)-Palatine Hill by Palace Music (USA)) last season, and he originates from Jenny Watson’s Macleay Thoroughbred Stud, only a short drive from Grenville Stud. Both farms are in the Meander Valley, which stretches from the eastern side of the Cradle Mountain National Park towards Launceston.

Grenville Stud occupies 107ha (265 acres) of alluvial pasture, and is set up as a real horseman’s paradise. Owner Graeme McCulloch has won the Tasmanian Trainers’ Premiership on four occasions, and trains 20 horses from the property. There are three training tracks, as well as the typical assortment of facilities required for training racehorses. The horses in training enjoy plenty of space during the day with quarter hectare paddocks to relax in.

The farm also has facilities for the breeding side of its business, and has two stallions, headlined by Mawingo (GER) (Tertullian-Montfleur by Sadler’s Wells) who won the Doomben Cup-Gr.1 and has his first crop of yearlings this season. The other is stakes winner and Gr.1 placed Cardinal Virtue (Elusive Quality (USA)-Valourina by Snippets), who is a half-brother to Group winners Timbourina (by Timber Country (USA)) and Media (by Gilded Time (USA)) and is a grandson of the Queensland Derby-Gr.1 and Oaks-Gr.1 winner Bravery (Zephyr Zip). Tracing to wonderful mare La Troienne (his eighth dam), he has only had a handful of runners from his first crop, and has the winners Cardinal Blue and Cardinal Hero and two placed runners from just six starters 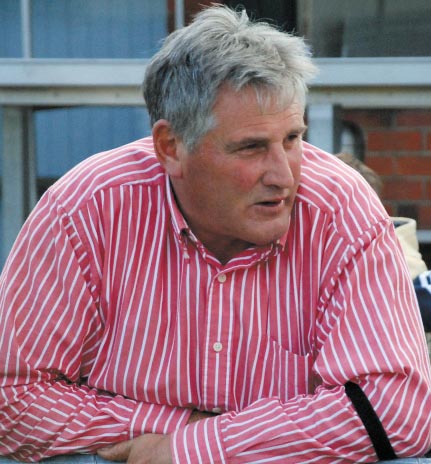 Q: What is important to you about the farm, and what makes it suited to horses?

A: “This is perfect horse country, very similar to Kentucky with colder winters and a mild summer. More studs should look at keeping horses here, or relocating down here. I wonder if they are frightened by the cost of shipping, but I have found it is cheaper to ship a horse from here to Melbourne, than to send a horse from Melbourne to Sydney.
“The farm is good solid country, with great rainfall and is almost always green. In many ways, it is similar to the climate of New Zealand, a country famous for producing quality thoroughbreds. The land on our farm is undulating, not too hilly or too flat, and the soil varies from heavier soils to red loamy soil. Because the land is so fertile, with excellent water, we have plenty of natural feed.
“We tend not to have x-ray issues, and perhaps this is because the horses are grown out more naturally and can put down stronger bones. We also have lots of stud cattle and sheep farms around us, again utilising the excellent climate and land in the Meander Valley. There are also plenty of cropping farms in this district.”

Q: Do you have a favourite spot on farm?

A: “My father bought this farm when I was five weeks old. I tell people that I’ve never moved house, only bedrooms! I love the whole property and couldn’t pick a favourite spot, although I do have a favourite time. Autumn is beautiful with the trees all changing colour around the landscape.
“I’ve planted a lot of hedges since I took over the farm as they are safer for the horses and provide shelter. My father ran sheep and dairy cows on the farm and I started with show horses as a teenager. I’ve always loved horses, and graduated to thoroughbreds when I was about 21. I went to the Adelaide sale and bought a couple of fillies and I was very lucky as one of them was Tasmanian Oaks winner Dybulbas (Ruantallan (GB)-Breakwater (NZ) by Dogger Bank (GB)).”

Q: Which recent graduates stand out?

A: “Mongolian Khan, of course, as he is easily the best horse I’ve bred and won $3.95m before retiring to Windsor Park Stud in NZ this season. He was a foal share with Coolmore, and I bought him back as a weanling. We then sent him to the New Zealand sale, because his dam had already left a Gr.1 winner in New Zealand (Young Centaur, 2008 Wellington Cup) so we figured he would attract more attention at that sale. This strategy worked as he made $140,000. His dam, Centafit, is in foal to Brazen Beau.
“Other graduates include Kenjorwood (Snippetson-Flying Diva by Flying Spur), who has won eight races, more than $545,000 and has picked up two Gr.2 fourths on the mainland and has three Listed seconds. He was fourth in the Listed Winter Championship on July 9. His dam is in foal to Written Tycoon. Valiant Warrior (West Quest (CAN)-Fast Ride by Never Quit (NZ)) has won seven races, including one at Moonee Valley and there have been plenty of others including many by West Quest (Gone West-Veridian by Green Dancer), who was a very successful sire for us, standing for 18 seasons before his death in January 2015.

Q: What horse related businesses do you run off the property?

A: “We have around 20 racehorses in work, and break in our own horses. We stand the two stallions, and have a broodmare band of up to 30 mares. Our son recently bought a farm just down the road, the original Whitemore House, and he uses it for agistment for our racehorses and broodmares.”

Q: Do you run any non-horse businesses on the property?

A: “We do a fair amount of cropping, growing cereals such as oats and barley for our own use. We also grow potatoes and poppies for sale. You do need a licence to grow poppies (for medical opiates) but it is not as much paperwork as you might assume. We also agist some dairy cattle over winter to help with paddock rotation.”

Q: What is the biggest challenge you face as a farmer?

A: “The reality of being a farmer is that you need to make a profit each year. The farm has a diverse range of products so we don’t rely solely on one product to make money. Potatoes and poppies require a lot of fertiliser as they are nutrient hungry, and they need to be rotated often with the paddocks given a long rest before they are used for that crop again.

“Last summer we had a big drought in Tasmania, and had to rely more on irrigation than normal. We got through the drought fine, largely because we already had irrigation in place for the potatoes, which require a lot of water. Irrigation creates cost, however, because it is more labour intensive. The big fires that beset Tasmania over last summer included some in the Meander Valley. We were lucky they stayed at the National Park end of the valley and didn’t come close enough to the farm to create any problems.”