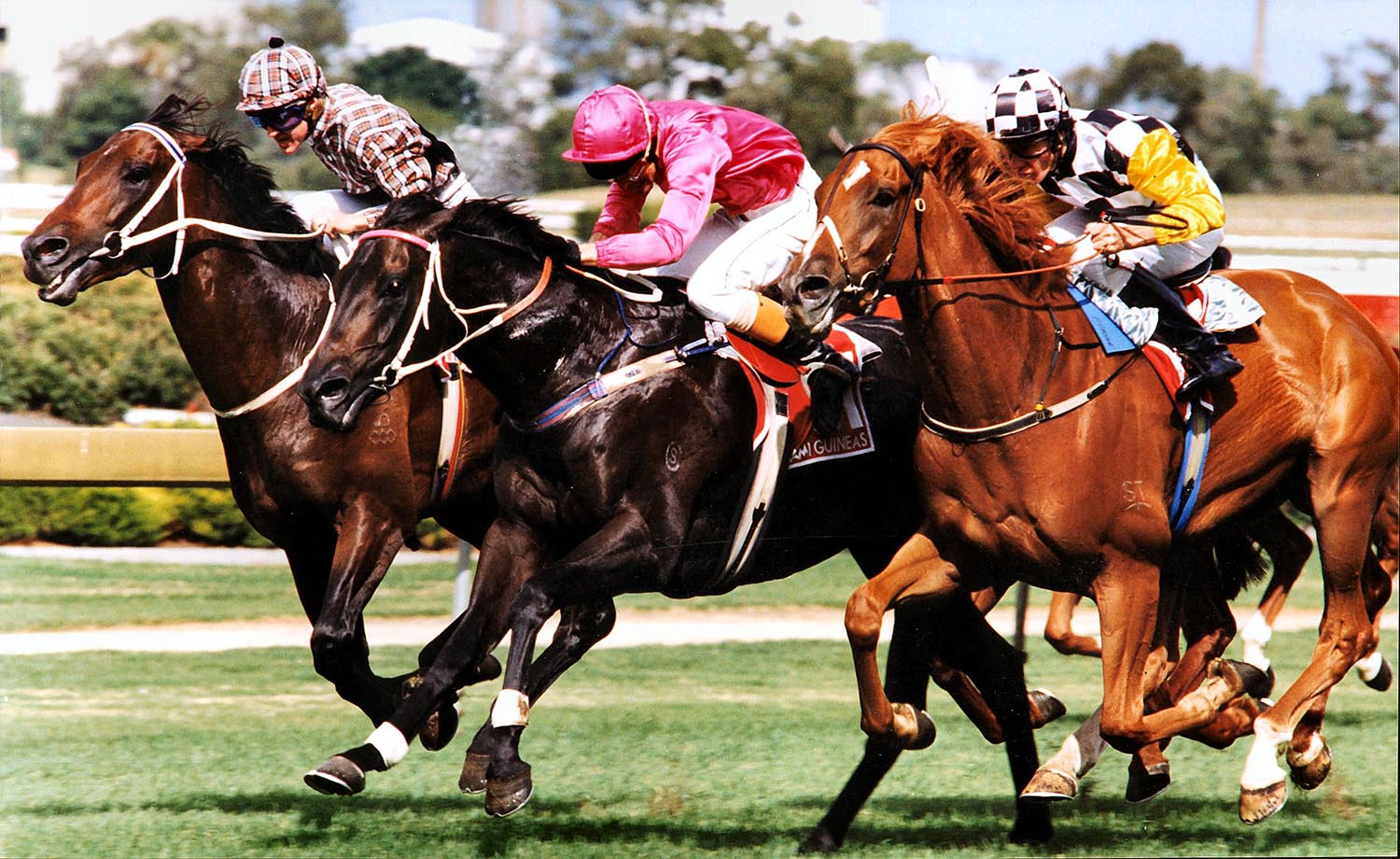 Each month we will present a famous finish from our official photographer Steve Hart’s extensive library of great moments on Australian racetracks. Steve has been a Sydney based race photographer for over 30 years and has also taken his camera to the major interstate carnivals.

This very first in the series will bring back great memories for those who were fortunate enough to be at Rosehill on the 23rd of March 1996 to witness an epic battle between the four outstanding 3YO’s of that season.

The winner in the centre was the mighty Octagonal (by Zabeel) in the Ingham family’s distinctive cerise colours, defeating subsequent Cox Plate and Melbourne Cup winner Saintly (by Sky Chase) on the outside in Dato Tan Chin Nam’s famous colours with VRC Victoria Derby winner Nothin’ Leica Dane (by Danehill) a close third on the rails. Obscured in fourth place was the fourth member of this mighty quartet Filante (by Star Way).

The big O, as Octagonal was known to his many fans, became the people’s horse with this particular win. He received a tumultuous reception on returning to scale, “they bought the house down”.

His owners Jack and Bob Ingham were visibly moved and their love of this great thoroughbred was clearly evident. Octagonal, Saintly Nothin’ Leica Dane and Filante were all greats of the Australian turf and this Steve Hart photo has become a classic.