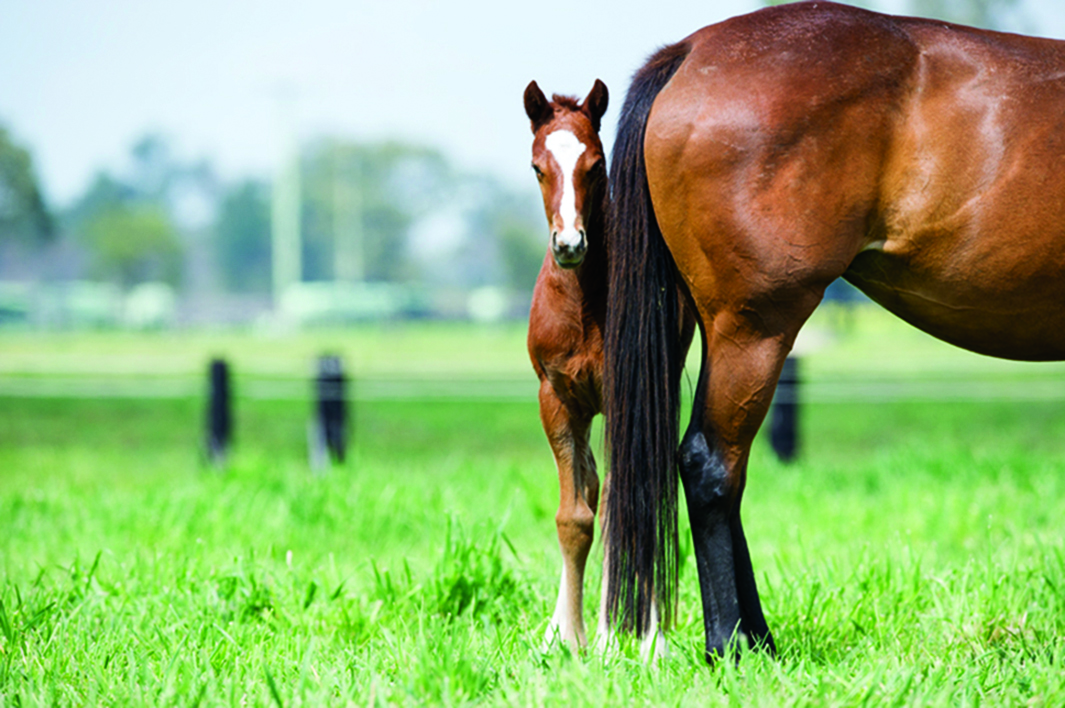 It’s one of those tricks of old father time that this will already be a third Australian Easter Sale for Mike and Kate Fleming in residence at the historic Bhima Stud at Scone. It doesn’t seem so long ago that they prepared and sold the Gr.1 winning filly I Am A Star from Broadwater. Not that they broke stride moving to Bhima for they came good again in 2016 when offering the VRC Sires’ Produce Stakes winner Sircconi off the Bhima property both for modest prices

Reflecting on the move to a farm that once stood the outstanding Biscay who gave the industry Zephyr Bay, Bletchingly and Marscay Mike said “We were lucky to buy Bhima when we did and we’ve been fortunate to have the support of some long term clients that were with us at Broadwater, and who support our new venture.”

There’s no fancy gimmicks with Bhima, no marketing strategies, just a desire to give the buying bench the best horses possible to race. As Mike said, “Success is the best form of marketing, not just in dollars from the sale ring, but by what your graduates do on the racecourse.”

Mike thinks this is the best of their Easter drafts since he took up at Broadwater eight years ago. “We’ve got some lovely colts that will be in demand, but what I really like is the depth of pedigree in each of our eight fillies. I’m confident each will perform on the track, but even if for some reason they didn’t, then the level of residual value each would have makes them attractive propositions.”

The 2018 Bhima draft opens with Lot 91, a smashing sort by Sebring out of the Show A Heart mare Delorosa. “The cross has worked well before as Delorosa is a half-sister to another daughter of Sebring in Bring Me The Maid who was very good at two winning the Gr.2 Magic Night Stakes and a fast finishing third in the Gr.1 Golden Slipper. She also trained on at three to win the Gr.2 Silver Shadow. “This is also the family of a Slipper winner in Polar Success and given his build I see no reason this fellow won’t make it as a two year-old.”

Their second lot is also a Sebring but this time a filly, and one that epitomises Mike’s previous point regarding pedigree and residual value. To sell as Lot 102 she is the first foal of the unraced Doulmera by the underrated American stallion Mr Greeley who sired Group or Grade 1 winners in England, America and Australia thanks to Miss Kournikova in the Oakleigh Plate. “Doulmera is very much a product of the Aga Khan’s successful breeding program as she is a half sister to the Gr.1 Prix de l’Opera winner Dalkala from the family of Daylami, Dalakhani and Dalghar. We expect this filly will be the most viewed girl in our draft simply because of her popularity with international buyers, and I don’t think they will be disappointed.”

The Bhima draft also has a pair of youngsters by reigning Champion Australian Sire, Snitzel. “The filly (lot 404) is a three-quarter sister to a Gr.1 winning two-year-old in Sizzling from a lightly raced War Pass mare from a family that has produced the likes of Loving Cup, a Maribyrnong Trial Stakes winner and who was third in a Golden Slipper. So again, there is plenty of residual value in her. The other colt is a lovely, balanced, athletic individual out of Judged, a multiple Group winning sprinter in Sydney who has produced a Group placed horse from a limited number of live foals.”

One colt Mike has a lot of time for is a son of Pierro and the Listed winning juvenile Mama’s Choice by Redoute’s Choice to sell as Lot 220. “Being an outcross from all the Danehill blood Pierro has so far worked well when mated to that line an example being rising star Pierata who is out of a Flying Spur mare. This colt’s very strong, medium sized and such a lovely mover.”

Speaking of Redoute’s Choice, Bhima will offer an intriguing filly by the three-time Champion sire from one of the world’s great families in Lot 289.

Her dam Piste Noire is an unraced daughter of Diesis and a sister to Three Valleys, rated equal Champion Juvenile in Great Britain on the back of his Gr.3 Coventry Stakes win, his first past the post performance in the Gr.1 Middle Park Stakes and a second in the Gr.1 Dewhurst Stakes. This is the family of the wonderful broodmare Hasili whose progeny include the good sires Cacique and Champs Elysees, sire of Australian Cup winner Harlem, and of the fillies Intercontinental, Heat Haze and Banks Hill, all five of which won at Grade 1 level. “Here’s another international pedigree that excites me, and it has worked in Australia before. Piste Noire is a full sister to Back Pass, dam of Arrowfield’s multiple Group winner Scissor Kick who Arrowfield thought had a strong enough European pedigree to send him to shuttle in France.”

Rounding out Bhima’s offerings for their local clients are a colt by Hinchinbrook out of Sweet Talkin’ Woman by More Than Ready and a filly by Not A Single Doubt out of Zapurb by Zabeel. “The colt looks cherry ripe for the Asian market. He’s got the balance and movement everybody wants, he’s forward and he’s by a stallion getting results in Hong Kong. His dam won six and his grandam won six so they are a tough, hardy breed, and not too far back there is plenty of class on the page with horses like Grosvenor, National Gallery, Mahaya and Tavago on the page. As for the filly she has a lovely cross of speed and strength from Not A Single Doubt and Zabeel and when you look down the page the number of multiple winners at stakes level confirms the line has some fortitude.”

The Fleming’s reputation as horse people means they are entrusted with some of the best livestock around. Their Easter draft will include four lots as agents for Cambridge Stud made up of three lots for Dr Gene Tsoi and the last lot to be offered by Sir Patrick Hogan trading as Cambridge.

Dr Tsoi has sent over Lots 266 and 189 which have much in common as they are out of mother and daughter. Both fillies, Lot 266 is a smart bay by Snitzel out of Nureyev’s Girl while 189 is by Medaglia d’Oro out of King’s Violet who is by Commands and one of six winners out of Nureyev’s Girl. “This is a family that is working all over the world. On the page there are Stakes winners in Europe, America, New Zealand and Australia and now King’s Rose, winner of the New Zealand One Thousand Guineas and Group races in Australia, has a very good colt in Japan called Satono Arthur by Deep Impact who has been Gr.2 placed to date. Both fillies are shining examples of what should appeal to the international buyer.”

Dr Tsoi also has Lot 108, a filly by I Am Invincible out of his well-travelled, three-time Gr.2 winner in Australia in Elegant Fashion. The mare also carved out an excellent record in Hong Kong where she remains the only filly to have won the Hong Kong Derby while she was also third in the Gr.1 Hong Kong Cup. To date she is five for five winners to runners including the Gr.3 winner Star Fashion.

The final lot to be sold under Cambridge Stud for Sir Patrick Hogan is everything you would expect from Cambridge. A son of Tavistock, he is out of the Gr.2 Waikato Gold Cup winner Lovetrista, third in a New Zealand One Thousand Guineas, and a daughter of Rock Of Gibraltar and the Champion filly Tristalove, herself dam of the Gr.1 Spring Champion Stakes winner Viking Ruler amongst others. And it is apt that Tristalove is a daughter of Sir Tristram and traces back to the great Eight Carat.

Of the colt Mike said “When he came off the float in January he surprised me with just how good an individual he was. Being a son of Tavistock he was always going to be popular, but seeing how attractive he is we think he’ll spend more time out of the box than in at inspection time. Anyone wanting a quality Derby type will love what they see in this fellow.”