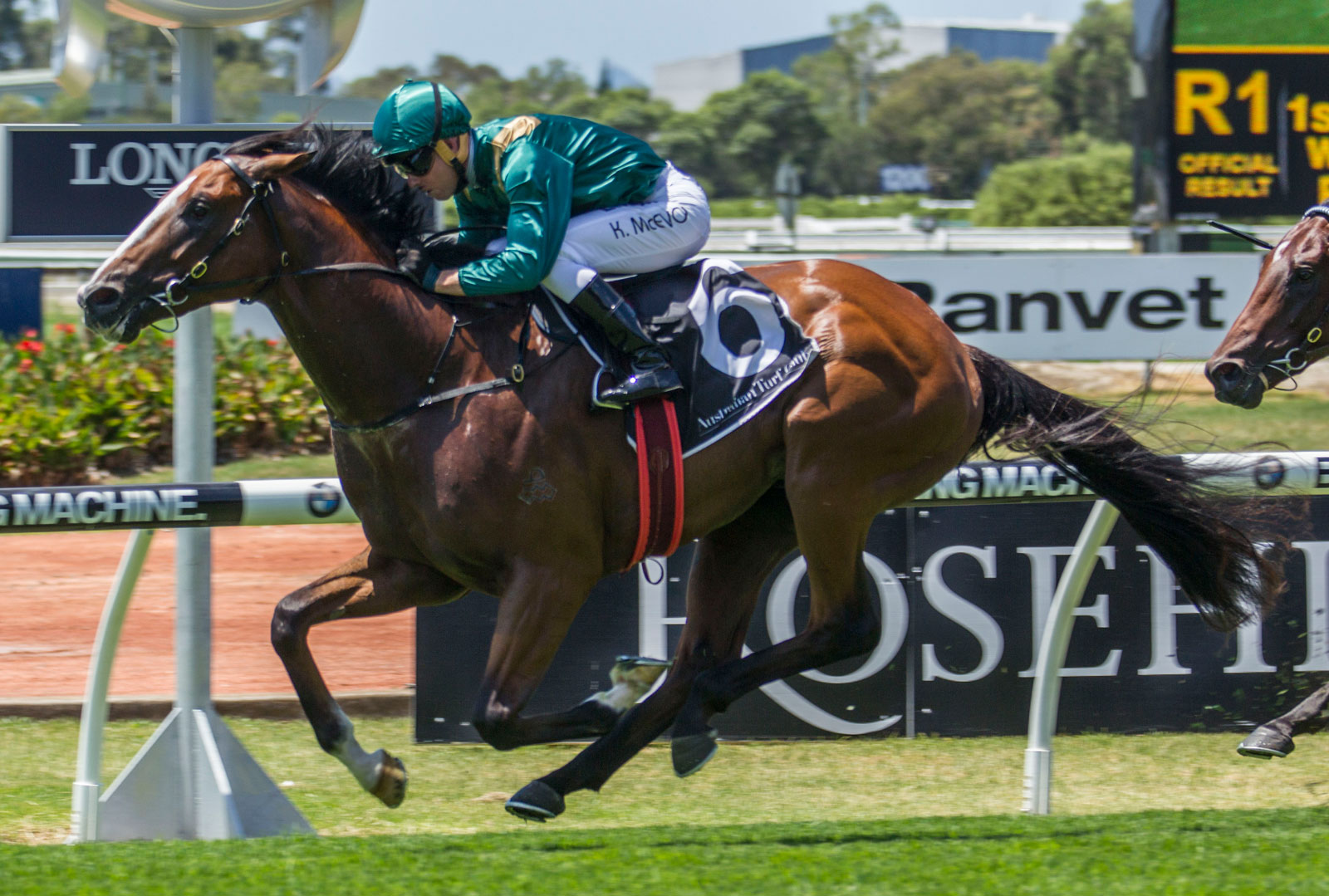 NO ONE knows Redoute’s Choice better than John Messara and his team at Arrowfield, and they have backed the stallion as a sire of sires from the early stages of his exceptional career. In 2005 home bred colt Not A Single Doubt, a dual Listed winner, wasn’t the most obvious first son of Redoute’s Choice to launch a dynasty, while Gr.1 winner Snitzel, who joined the roster in 2006, seemed a better fit.

However, like Not A Single Doubt, Snitzel is physically quite different from his imposing champion sire, a four-time Gr.1 winner by Danehill-Shanta’s Choice by Canny Lad. Now Snitzel (ex Snippets’ Lass by Snippets) is breaking all records as he heads towards his second Australian General Sires’ premiership, Not A Single Doubt (Ex Singles Bar by Rory’s Jester) has celebrated a half-century of stakes winners and both are rated among the 10 best sires in the world.

Group-winning juvenile Beneteau (ex Slice of Paradise by Encosta de Lago) joined them in 2011 and stood only two seasons at Arrowfield before his death, but made sure he’d be sorely missed with 10 stakes winners (six of them Group winners) from 105 runners. What a record, three sons of Redoute’s Choice at Arrowfield and all of them outstandingly successful. This is more than good luck, it’s a pattern to be relied on, and a source of confidence for breeders seeking the class upgrade that’s essential to compete in the sale-ring and above all, on the track.

Arrowfield has also found attractive prospects from international sire-lines including Sadler’s Wells, Deep Impact and Invincible Spirit, but the stud’s faith in Redoute’s Choice as a sire of sires has never wavered. It’s a faith supported by hard facts: there is no other living sire in Australasia with 10 Gr.1-siring sons on the board.

Hence Arrowfield’s pursuit of younger sons to stand alongside the stud’s three-time Champion Sire. The first yearlings by star three year-old Scissor Kick (ex Back Pass (USA) by Quest for Fame (GB)) will sell in 2019, and this year brilliant new boy Pariah joins the roster. In every sense, Pariah belongs back on the farm where his dam, the Hussonet (USA) mare Secluded, foaled the three-quarter brother to dual Gr.1 winner Melito in August 2014.

Like Snitzel, Not A Single Doubt and Beneteau, he was a natural running two year-old. Like Snitzel and Scissor Kick, he was among the best spring three year-old colts of his generation, and like all four of those sons, Pariah comes from a top-drawer female family.

Sent in the Arrowfield draft to the 2016 Inglis Easter Sale, Pariah caught the eye of master buyer James Harron who secured him for $700,000. It wasn’t long before Pariah justified that outlay, winning the January 2017 ATC Canonbury Stakes-Gr.3 (1100m) on debut in race record time. Four weeks later, after sitting wide on the pace, he was a close runner-up and first colt home in the MRC Blue Diamond Stakes-Gr.1.

At season-end Pariah was Timeform’s second top-rated Australian 2YO of 2016-17 with a figure of 118, ahead of Gr.1 winners Summer Passage, Catchy, The Mission and Trapeze Artist. That was all the encouragement John Messara needed to buy back into the colt, saying at the time, “Pariah is the only two or three year-old colt in Australia who clearly fits Arrowfield’s prospective stallion model and I am thrilled we have secured him for future stallion duties.”

Pariah returned as a spring three year-old for a decisive victory in the 1100m ATC San Domenico Stakes-Gr.3, a race also won by Gr.1 winners and sires General Nediym, Charge Forward, Foxwedge and Testa Rossa. His final placing came at his next start when he split Menari and Perast in the ATC Run to the Rose-Gr.2 (1200m), with Gr.1 winners Kementari and Invader behind him.

After Pariah’s retirement, co-trainer Peter Snowden said, “From his first gallop Pariah was just the most natural two year-old. To win a Gr.3 on debut and to go so close to winning a Blue Diamond on his first preparation marks him as an exceptional juvenile.

I know from his work at home that we never got to see the best of him, he was a top-class horse I have no doubt.”
James Harron added, “Physically he is truly outstanding, he’s by the pre-eminent sire of sires in Redoute’s Choice and from an exceptional colonial speed family. He fits all our criteria as a hugely exciting stallion prospect and we will be supporting him heavily at stud with top class mares.”

In fact, with solid support from all his owners, Pariah will serve a better first book of mares than Snitzel, Not A Single Doubt or Beneteau. Pariah stands his first season at Arrowfield at a fee of $22,000 including GST. n