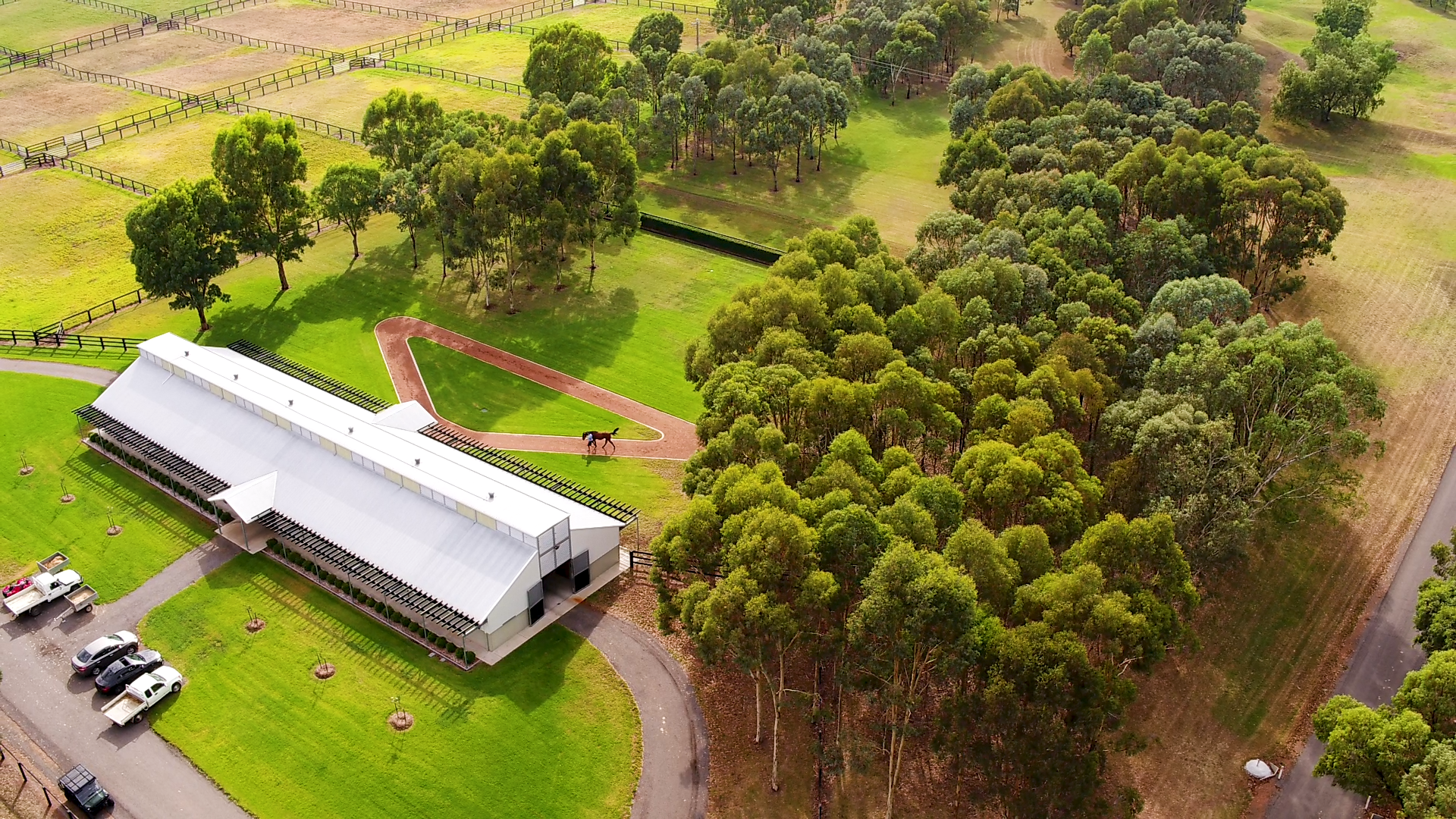 Kia-Ora Stud has been part of Australian breeding history for many a decade and continues to prove a strong force both in the sales ring and on the track.

What can buyers expect from your 2019 MMGC draft?
“It is a well rounded, even draft with a lot of quality of both type and pedigree…”

Lot 370 – chestnut colt by Deep Field from Ashley’s Kitty (by Tale Of The Cat): out of an imported Group Three winning half-sister to the Group One winner Cupid, the two times Group Three winner Heart Ashley and the Listed winner Indianapolis. “A mature, strong colt from a terrific current family.”

Lot 454 – bay colt by Deep Field from Chik Chik Boom (by Thorn Park): out of a winning half-sister to the Group Two winner Villa Verde whose Sebring filly is also part of Kia Ora’s draft. The family of two Golden Slipper-Gr.1, 1200 winners; Rory’s Jester and Ha Ha. “One of the stand-out Deep Fields at Kia Ora, a very attractive colt with a great head.”

Lot 557 – bay colt by Exceed And Excel from Everage (by Zizou): second foal for a stakes winning granddaughter of the Gr.3 winner Alshandegha who was a multiple stakesproducer. “A real two year-old type; forward and strong.”

Lot 683 – chestnut filly by Exceed And Excel from Inglorious (by Hennessy): her first four dams are all stakes winners including her dam who was crowned Canadian Champion 3Y0 Filly. “Looks a real Magic Millions type, one for the big race next year.”

Lot 332 – bay filly by Fastnet Rock from Alberton Park (by Thorn Park): son of a Listed winner whose first two foals are both winners. Grandam is the dual Group winner Alberton Star, dam of the Group Three mare Lady Alberton. “A stunning, quality filly with a great walk and disposition.”

Lot 508 – chestnut colt by More Than Ready from Decelerator (by Dehere): out of an imported Group Three and two times Listed winner whose first to race is the promising South African filly Nafaayes. “A lovely, short-coupled, fast looking colt.”

Lot 645 – brown colt by More Than Ready from Heart Ashley (by Lion Heart): half-brother to the Group Three placed dual city winner Ameristralia out of an imported Group Three winner whose Group Three winning half-sister Ashley’s Kitty is the dam of one of Kia Ora’s Magic Millions Deep Field colts. “A well balanced colt who is thriving through his preparation.”

Lot 383 – bay colt by Sebring from Banc de Fortune (by Galileo): his Listed winning dam has produced three winners including the Listed winner Eagle Island. Grandam is the dual Group One winner Danendri. “A great type with balance who is going to prep very well.”

Lot 272 – grey filly by Sebring from Villa Verde (by Not A Single Doubt): second foal for a classy speedster, winner of the Challenge Stakes-Gr.2, 1000m, the Debutant Stakes-Listed, 1000m and the Ottawa Stakes-Listed, 1000m. “An absolute stand-out, a stunning filly with a great head and hindquarters; one of the best Sebrings I’ve seen.”

Lot 32 – bay/brown colt by Snitzel from Pure Fun (by Pure Prize): second and sadly final foal for an imported Group One winner whose first foal, the yet to be raced Revelment, fetched $650,000 in 2017. “A quality colt with a fantastic head, he is a well balanced athlete.”

Lot 84 – bay filly by So You Think from Rupavari (by Redoute’s Choice): first foal for a winning daughter of the NZ 2000 Guineas-Gr.1, 1600m heroine Clean Sweep from the family of Group One winners Habibti, Gal In A Ruckus and Soft Falling Rain. “Just a fantastic first foal who is maturing beautifully.”

Lot 322 – bay colt by I Am Invincible from Adaline (by Court Of Jewels): his Group Two winning dam has already produced the metropolitan winners Encosta Line and Sweet Adaline. “A nice, neat, short coupled, strong colt.”

Lot 768 – black/brown filly by Pride of Dubai from Mae Gone West (by Gone West): dam is an imported 3/4 sister to dual Group One winner Grand Slam and half-sister to the Listed winner Lancelot du Lac. “A nicely balanced filly who has a beautiful, rich, dark coat; she is lovely.”

Lot 703 – brown filly by Zoustar from Juggles (by Rock Of Gibraltar): dam is out of the wonderful broodmare Demanding, dam of the stakes winners Washington Heights, Supply And Demand, Spacecraft and Phenomenons. “A very nice filly with a fantastic walk.”

Which particular yearling in recent years gave you the most pleasant surprise with the sale price and what did you put it down to afterwards?
“Coral Coast selling for $360,000 in 2016. Her brother was the highest priced So You Think the year before and it was great to maintain a high level of sale success for the mare. The So You Thinks were still pretty hot and it was a great price for a filly.”

How has technology affected and influenced your business?
“It has had an affect on our nutrition programmes and pasture analysis which has led to us feeding and looking after our horses in a very similar way as is done in America.”

When you’re not working how do you like to spend your time?
“I have two very young children (a 31/2 year old daughter and a 7 week old son) so I spend a lot of time playing, painting and having my nails done by my daughter!”

What was the worst job you’ve ever had?
“Track work! I worked for a great guy but I was studying at the time and I can’t say that those 3am starts were the highlights of my working life!”