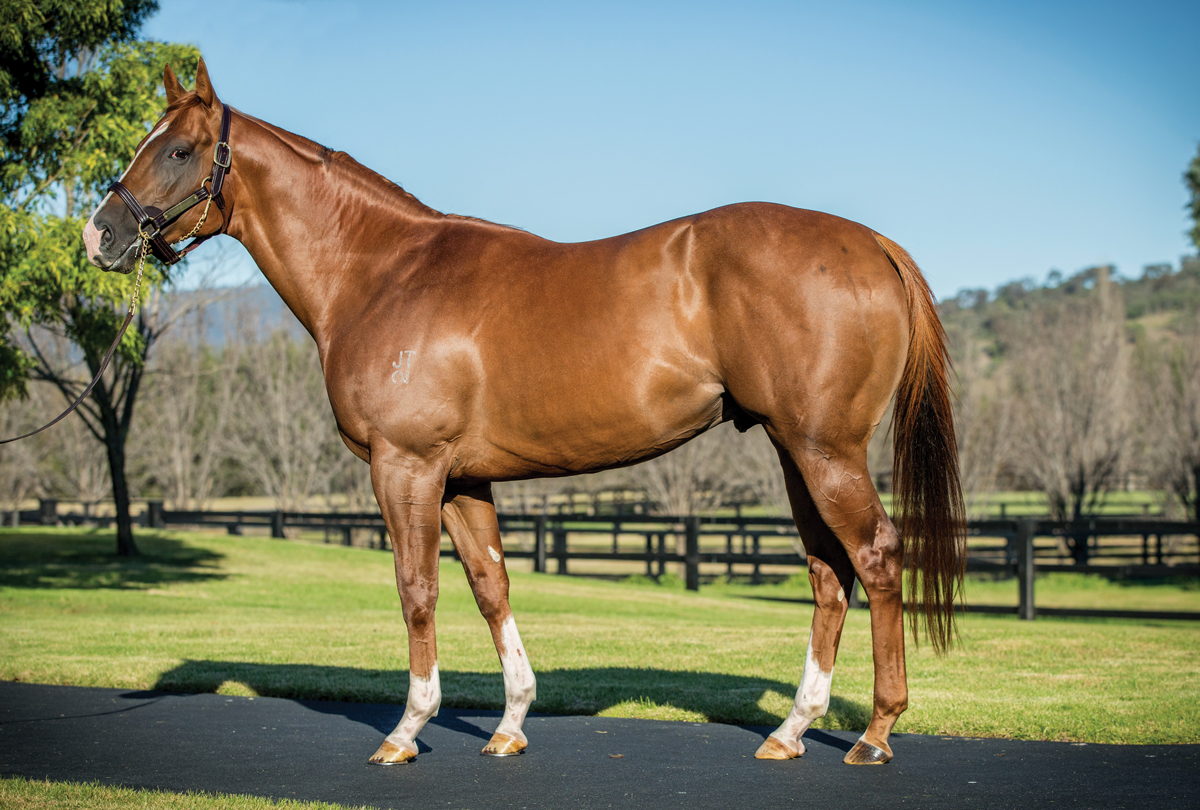 All eyes on weanlings by Star Turn 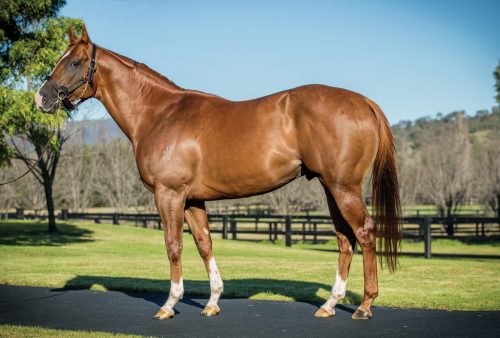 ALL EYES are on the first crop of Vinery’s young stallion Star Turn (Star Witness-Golden Delicious by Made of Gold (USA)) at the Magic Millions National Weanling Sale. Vinery will present two colts and a filly by this handsome flying machine among its draft of 10 weanlings.

Winner of the Gr.2 Schillaci Stakes and four times Gr.1 placed, Star Turn is by Champion 3YO and now successful sire Star Witness (Starcraft-Leone Chiara by Lion Hunter), whose stars include multiple Gr.1 winner Global Glamour (ex Spectacular by Testa Rossa). Star Turn is from multiple stakes winner Golden Delicious who won 13 races to Gr.3 level and is a daughter of Noholme’s great-grandson Made of Gold, best known for siring the dam of international sprint champion Starspangledbanner.

“Star Turn was very attractive as a young horse, making $400,000 at the Magic Millions sale,” Vinery’s Adam White said. “He has great strength, balance and is very athletic and his stock have followed suit. His first youngsters possess the same qualities and I am expecting them to be very popular with the pinhookers. From a re-selling point of view he has what our buying market wants, early speed.”

Lot 472, a filly from winning mare Sanaya (More Than Ready) is a feature foal on the Vinery draft, and looks to be a strong, early type, typical of her sire’s stock. This filly is the first foal of Sanaya who is a daughter of speedy Gr.2 winner Astrodame. Of the two Star Turn colts, Lot 525 is out of a winning American half-sister to Gr.1 winner Things Change, and already has two winning siblings; while Lot 290 is from the same family as I Am Invincible, and this colt is the second foal of Madame Zara, a young winning half-sister t o Gr.2 winner Tamaanee.

Proven sire and multiple Gr.1 winner All Too Hard (Casino Prince-Helsinge by Desert Sun (GB)) is represented by Lot 122, a colt from tough Listed winner Dubleanny (Dubleo); while fellow Vinery stalwart, sprint champion Testa Rossa (Perugino (USA)-Bo Dapper by Sir Dapper), has Lot 100, a colt whose siblings are multiple winners internationally. Two colts by Vinery’s well related Silver Slipper-Gr.2 winner Headwater (Exceed and Excel-River Dove by Hurricane Sky), whose dam won an Oakleigh Plate-Gr.1, are good opportunities for pinhookers with Headwater’s yearlings selling well this year and averaging more than 3.5 times his fee across all 2019 sales in Australia and New Zealand. Lot 288 is a colt out of a winning mare from the family of Gr.1 winner Rostova, while Lot 174 has a strong build up of dam sires and is a half-sibling to a winner this season.

The first yearlings by dual Gr.1 winner Press Statement (Hinchinbrrok-Kaaptive Empress by Kaaptive Edition) sold up to $340,000, and his second crop weanlings include a filly, Lot 121, the first foal of a daughter of Dubleanny (nine wins).

At the yearling session of the Magic Millions National Sale, Vinery will present three fillies and four colts, four of them by their freshman sire and dual Gr.1 winner Press Statement, led by a half-brother to Listed winner One for One, who is a colt out of Stolen Girlfriend, a half-sister to Okahu Bay, from the family of Calveen. Fans of this season’s Gr.1 winner Pierata can buy a filly from the same family, and she is out of winning mare Arziki, a half-sister to stakes winner November Flight (dam of Pierata). A colt from Gipsy Countess, an imported winning half-sister to a dual Gr.1 winner Toccet, is a half-brother to two winners. A Press Statement colt from city winner Max It Out has an excellent pedigree, with his dam being out of Is Amazing (a Group winner of 11 races) from the family of Gr.1 winner Ancient Song.

Vinery’s two yearling fillies by All Too Hard have superb pedigrees, with one being out of Gr.1 winner Devil Moon, whose All Too Hard gelding Devil’s Luck is a winner over a mile this season. The other All Too Hard yearling filly is from nine-time race winner and multiple Stakes winner Dubleanny, whose first two foals to race are winners. A More Than Ready colt out of Runway Star rounds out the Vinery Yearling draft for the Magic Millions National Sale, and he is the first foal of his Gr.3-winning dam and from the family of Gr.1 winner Fashions Afield, Wrap Around, and Group winning young stallion Kiss And Make Up.