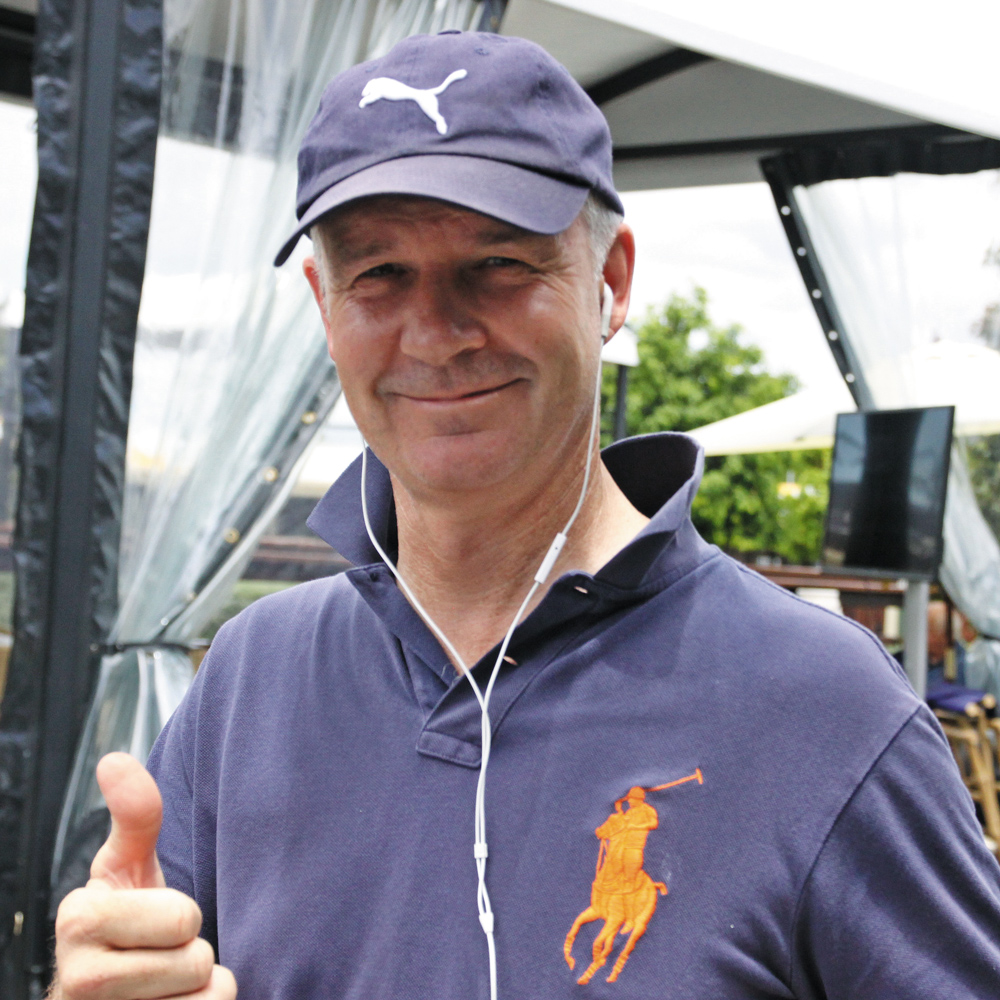 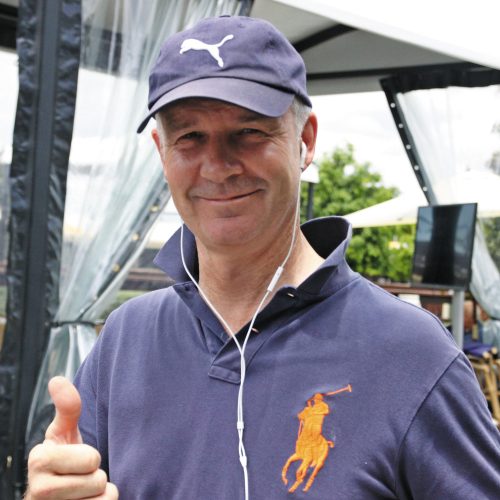 The rejuvenation of talented stayer Grey Lion over the Sydney Autumn once again highlighted the horsemanship skills of Matthew Smith. Once of Wangaratta, but for some time now at Warwick Farm by way of Ballydoyle, Churchill Downs and Leilani Lodge, Smith has quietly gone about his trade earning more plaudits with every success.

Q: When did you first get involved in Thoroughbreds?
A: I didn’t grow up working with horses but I did have them around me as a young bloke. I grew up in Wangaratta in Victoria where my father was involved in the race club for around twenty years. As a young boy I was always at the races with him or doing something around the club, and then if he had a runner else where I’d travel with him to cheer them on. I had a mate whose father was a trainer in the town who dad had a few horses with. He had a very good relationship with this trainer so we spent plenty of time there. Then when I left school I did a few weeks work in Melbourne with trainer John Sadler but I really didn’t get into stable life until I travelled overseas.

Q: How did you come to work at Ballydoyle?
A: My first job was working in the mixed yard, both National Hunt and Flat horses, of Pat O’Donnell in Limerick for six months, just doing the usual stable chores and riding work. However, my ambition had always been to get into one of the bigger stables so from there I was able to get a job with Aidan O’Brien. At the time Aidan hadn’t had his license all that long and was sharing yards with his father-in-law Joe Crowley in Pilltown. Not long after Vincent O’Brien retired John Magnier sought expressions of interest in the position of head trainer at Ballydoyle. Aidan was the successful applicant, so I was soon making my way down to Tipperary.

Q: History shows the career of O’Brien the younger went skyward immediately, it must have been fascinating to be there. Which horse struck a chord with you?
A: I was very fond of a jumper called Life Of A Lord (Strong Gale) who won twelve steeplechases including the valuable Whitbread Gold Cup at Sandown after finishing seventh in the Grand National. On the flat Desert King would have been the first really good horse that came along at that time and I had the pleasure of riding him in a lot of his work. He was amongst the first group of horses Coolmore purchased for Aidan and he became the stable’s first Gr.1 winner on the flat when taking the National Stakes at two. He went on to win both the Irish 2000 Guineas and Derby in his Classic year.

Q: How long were you there for?
A: I had about 2 ½ years with Aidan before I went to America to work for Niall O’Callaghan at Churchill Down for a few years. During the winter months we’d travel the horses down to Gulfstream Park in Florida to escape the cold. Those years in Ireland and America were so much fun I consider them to have been more like a working holiday than a real job. Even when I was in Ireland I was always working my way back to Australia and once home I began a four year stint with Bart Cummings as Foreman, starting around the time he had Catalan Opening, Rogan Josh and Dane Ripper.

Q: Of the horses that you worked with at Bart’s who would have been the best?
A: Well Rogan Josh started off his Melbourne Cup campaign in Sydney before he headed south but for class I’d have to say Dane Ripper. She’s always been a bit underrated as she won a Manikato Stakes and a Stradbroke Handicap over the sprint trips but also won a W S Cox Plate and an Australian Cup over a middle distance. Few horses have the class to achieve that. Like the changing of the guard at Ballydoyle it would have been an interesting time to be at Bart’s given the influence of the shuttle stallion was at its peak and the Northern Hemisphere bred stayers were starting to get a grip on the Melbourne Cup.
What did you take away from watching the master at work?
I remember having a conversation with Bart in his office one day about Makybe Diva and Media Puzzle and how they were the process of winning four Melbourne Cups off typical light European campaigns. Of course, Bart had developed his Cup winning formula based around getting the miles into the legs of his runners and here were examples of horses that successfully flew in the face of his tried and tested method. Essentially Bart recognised he’d been training horses to outstay their pedigree and here he was being challenged by the Northern Hemisphere horses which he referred to as “natural stayers”. Bart was all about finding out how they managed it and improving his method to challenge them. At the end of the four years the time came
to branch out on your own, it didn’t take long to taste Gr.1 success with Hurtle Myrtle.

We moved to Warwick Farm starting with six boxes which then became ten, then twenty and so on until the point where we are today with 45 boxes. Hurtle Myrtle came to prominence when we’d been going only three or four years. She wasn’t a particularly robust mare so she wasn’t overraced, but she was outstanding at three and backed that up in her four-year-old season when she won the Gr.1 Myer Classic. She was just what any young trainer needs to get themselves noticed.
And it could have been so much better as the previous season we had Krupt (Danehill) who won the Gr.2 Todman Stakes and was in the top three
in Golden Slipper betting. Unfortunately, he got injured which was a sad day for the stable, but Hurtle Myrtle came along the following season.
I’ve always found if you work hard enough there will be a good horse in the stable.

Q: Given your experience in international stables does the planned training centre in the Southern Highlands of New South Wales make appeal?
A: Ideally I’d like to set up my own training establishment off course, one that had the sort of gallops that European trainers use so successfully, so yes it sounds very appealing. I’ve been fortunate enough to work in Ireland, the USA and travel to places like Japan on several occasions, and the one area Australia could improve is the standard of our training facilities.

Quite rightly everyone is delighted with the levels of prizemoney on offer in New South Wales, and the administrators at Racing New South Wales deserve great credit for the overall health of the industry, but looking forward the level of investment in facilities will need to keep pace with the increase in the number of horses we can expect from such prosperity. Our training tracks won’t have seen this number of horses working on them ever before although the current group of track managers do a phenomenal job considering the sheer volume of horses they have to provide gallops for with the facilities at their disposal.

Q: Some might say one of your best training achievements was in defeat when Invictus Prince (Dansili) ran second to Winx in the Gr.1 race carrying her name. It’s not often a $151 would have been a Gr.1 winner had a champion not accepted! What was that experience like?
A: Prior to that day we’d given him a couple of runs and he hadn’t quite lived up to our expectations and we thought there was something that we weren’t quite getting right with him. So we went back and reviewed his European runs concentrating on how he was ridden over there and it became apparent that regular rider Ryan Moore ensured he wasn’t exposed too early and made his challenge moving between horses. We started riding him that way and he put it all together. It was a big day for the stable and I was particularly delighted for our owners Geoff and Mary Grimish as the decision to buy the horse had been vindicated

Q: How did he come to be with you?
A: We bought him privately in conjunction with Avo Damirdjian from Tried And True Bloodstock. We had tried to buy him as a three-year-old but the owners wouldn’t sell and we had to go back the following year and make another offer. He’s just returned to the stables to prepare for the Spring.

Q: In recent times you’ve formed a fruitful relationship with OTI Racing, how did that come about?
A: I was at a luncheon in Melbourne with a client, Brian Norman, who introduced me to Terry Henderson and on the back of that OTI kindly sent me Plymouth Road to train. We’ve now got five of their horses on the books amongst which is Grey Lion.

Q: Grey Lion recently recorded back to back wins in Stakes company, what’s the secret to his rejuvenation?
A: He came up and had one run in Sydney and Terry decided to leave him here in the hope the change
in direction might bring the best out in him. I think the key was he went to the paddock for four months where we let him take it easy before giving him just the four runs culminating in a second in the Brisbane Cup.

Q: Do you think he might measure up to Cups class in the Spring?
A: You never know, but I think him having that extended spell was of great benefit for him and he might have been racing on fresh legs which
he won’t have this time around, although he was only sparingly raced. We’ll aim him at a race like the Gr.1 The Metropolitan and if he were to win there then who knows?

Q: What sort of split do you have in the stables between the staying types and the traditional sprinters and milers?
A: At the moment the split is around 60/40 younger horses up to a mile over the stayers. I don’t have a preference but I am happy buying those staying types as they help to promote your stable. Essentially we are buying horses of Saturday class or better when they enter the stables whereas with a yearling you never quite know where they might finish. The other advantage with stayers is there are so many opportunities for them. Somewhere
on the eastern seaboard there is at least one winnable staying race each Saturday and the horses tend to be hardy types who will take the travelling. I’d guess that, unless I won a Golden Slipper, the tried stayers in my barn will always earn more prizemoney than any crop of two-year-olds. These foreign breds almost always come at a premium, but from what you’ve said there is a solid business case for buying them.

Horseracing is entertainment and we should treat it as such. One key to engaging with people is to get their horse to the races and tough stayers do just that. One of the big advantages of buying into a horse that has been tried and is ready to race is you get the owners on track that much quicker than buying a yearling that has to go through the breaking and education stages. n