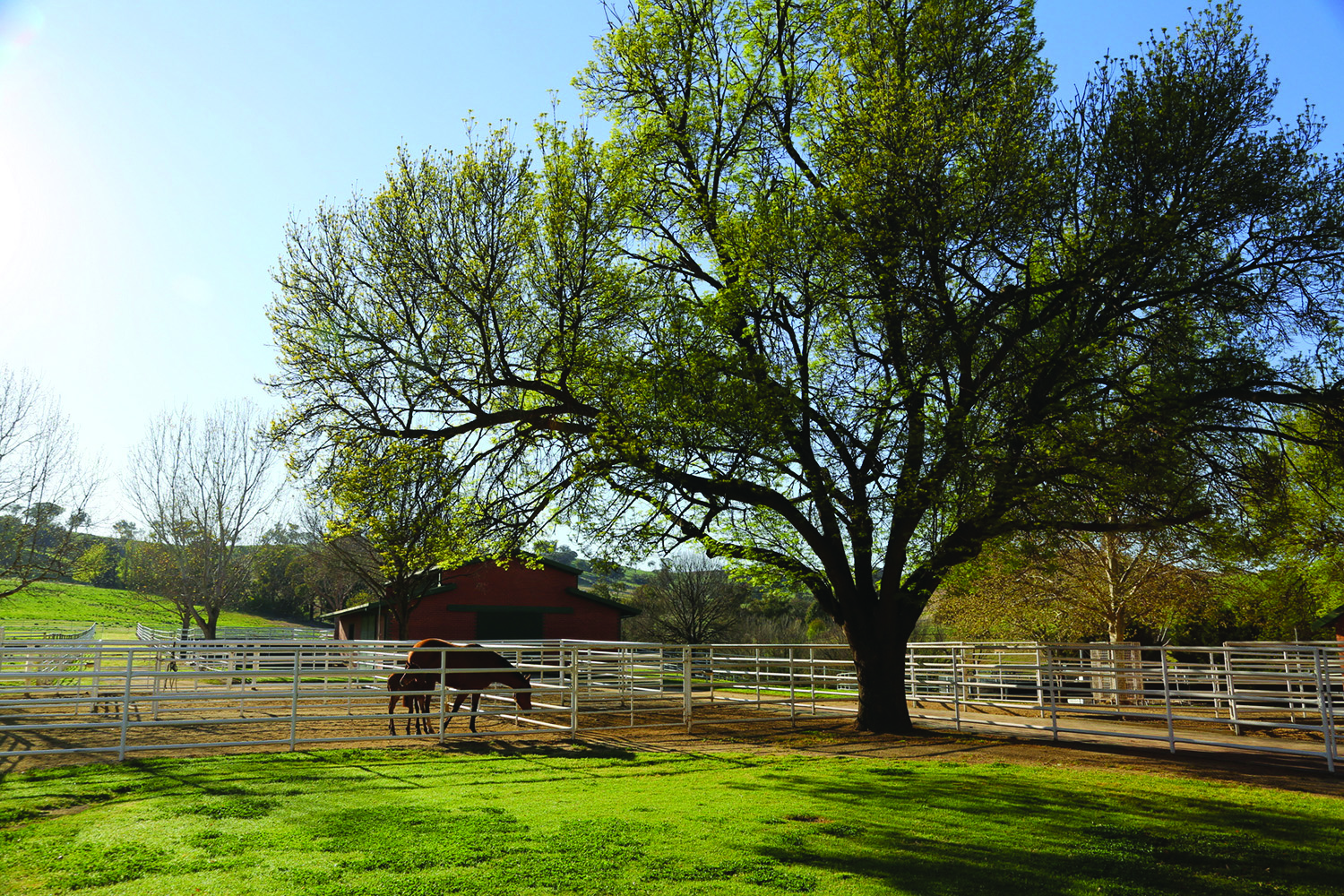 Newhaven Park, one of Australia’s leading thoroughbred stud farms, prepares to return to the Gold Coast in 2020 with an “exceptionally good” draft according to stud master, John Kelly.

Amongst them is an array of exciting juveniles by Australia’s top sires as well as the highly anticipated first crop of yearlings by multiple Group One winning stallion and Champion Three-Year-Old, Xtravagant.
What appeals to you most about the MM Sales and the Race Series?
The Magic Millions has grown over the years into a world class event. Everyone looks forward to arriving on the Gold Coast in January. It’s holiday time. Most people bring their families, there is something for everyone. From the Magic Millions Polo, the opening night Cocktail Party, the Ladies Lunch, to a world class race day and, most importantly, a premier horse sale that opens the Southern Hemisphere yearling selling season.
Australia’s premier thoroughbred farms present a sensational catalogue of precious, sound horses and history tells us that many of them will go on to become champions of the future, all having the opportunity to compete in a $10 million race day every year, for the rest of their racing lives. Newhaven Park have been fortunate enough to have had great success with our graduates both in the sales ring and on the track, with many going on to triumphant victories on the Magic Millions Race Day over the years.
Barry Bowditch and his team bring together a great buying bench, from both locally and from around the world. The whole Magic Millions team make us all feel welcome. Where else would you want to be?
How would you summarise your draft this year?
This year we have an attractive draft of yearlings headlined by the first crop of our multiple Group One winning Champion 3-Year-Old, Xtravagant. We are very excited to present them to the market. We have colts by leading stallions Exceed & Excel, Snitzel, Not A Single Doubt, Zoustar, Written Tycoon, I Am Invincible & Champion US stallion Into Mischief. We also have fillies by I Am Invincible and Written Tycoon. Highlights of the draft include… 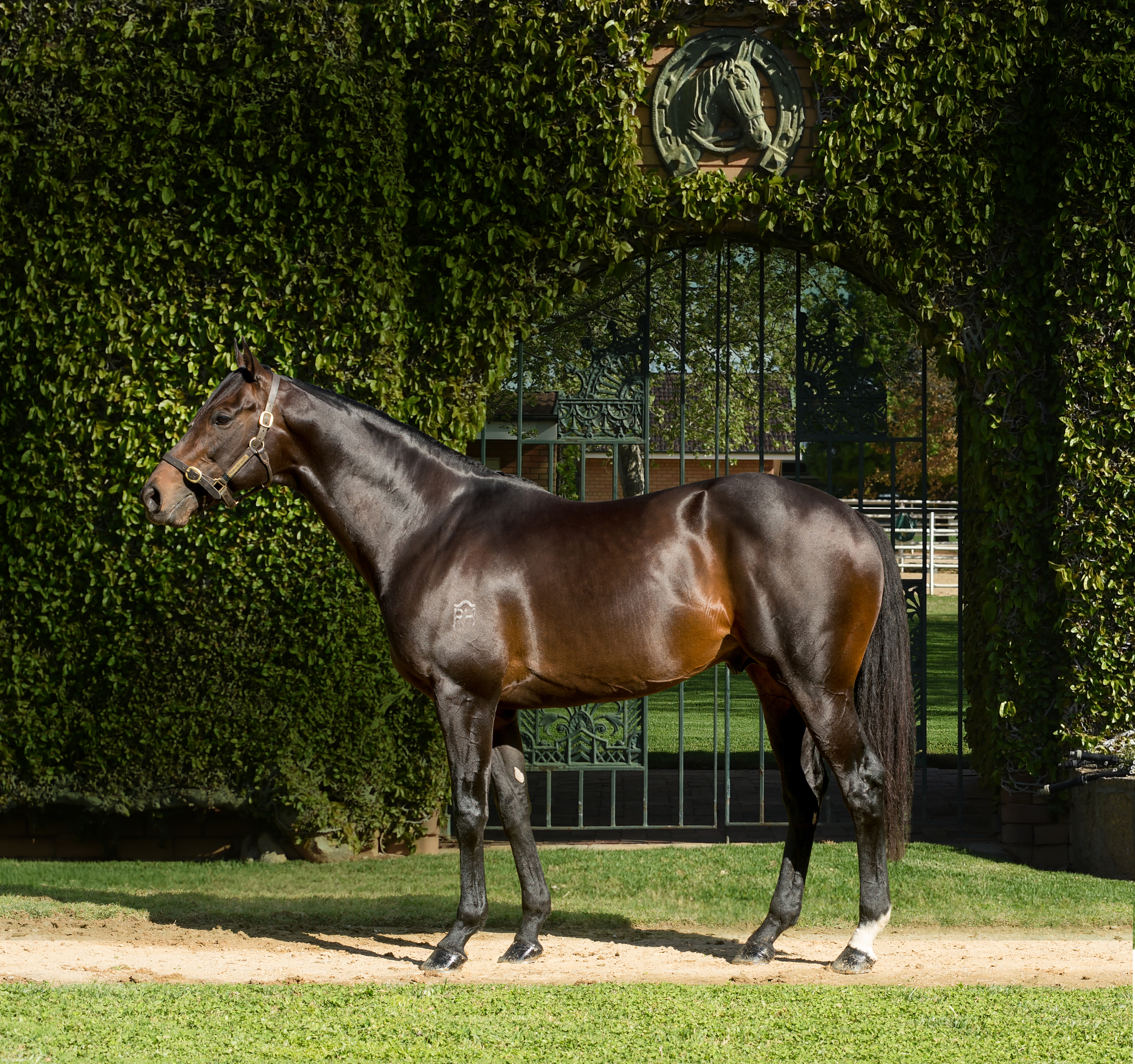 Lot 110 I Am Invincible x Aware Filly
The I Am Invincible filly out of Tale Of The Cat mare, Aware is a lovely filly. Her second dam is the five-time Group 1 placed mare Media who won the Group 2 San Domenico Stakes beating the likes of Snitzel, Written Tycoon and Stratum. From a Stakes winning family, this filly has a great attitude and moves beautifully.
Lot 274 Xtravagant x Emphatically Colt
The Xtravagant colt out of Emphatically is the first foal from this Not A Single Doubt mare. He is a lovely chestnut colt by resident stallion Xtravagant and his dam was
a consistent top-level performer running 2nd in the Group 3 Blue Diamond Preview and the Group 3 Thoroughbred Breeders Stakes. This colt has a great presence about him and lovely action.
Lot 552 Not A Single Doubt x Moone’s My Name Colt
The Moone’s My Name colt is a beautiful, grey colt. He has plenty of scope to him and being by Not A Single Doubt, he is sure to appeal to buyers. He is the second foal of the dam, who was a Listed winner and multiple Group placed in both the U.K. and in America.
Lot 568 I Am Invincible x Movie Colt
This bay colt is sure to attract interest of buyers with his impressive physique and equally matched temperament. He is by proven sire I Am Invincible out of Red Ransom (USA) mare Movie, who is the dam of Goodfella. Purchased at this sale by Bjorn Baker in 2016, Goodfella has since won over $1.15 million.
Lot 715 Zoustar x Saga Of The Storm Colt
This colt is by hot young sire Zoustar who has had great success with Magic Millions graduates in recent years. Saga Of The Storm was a winner herself as a 2-year-old and
he looks to possess the traits to be one to get up and run early. He is a very nice colt.
Lot 859 Exceed And Excel x Testa Secret Colt
This precocious bay colt is by Champion Sire Exceed And Excel out of the listed winning, multiple Group placed mare Testa Secret. He is an athletic type and should be one
to attract a lot of interest.
Which country would you most like to visit next and why?
One where it rains a lot! It would be great to see some green grass…
If you could add a single option to your car, what would you add?
A jet engine and wings!
Are there enough opportunities for young people to enter the thoroughbred industry?
In the last 2 years we have seen the launch of initiatives such as the TBA Aushorse Fast Track apprentice program & Thoroughbred Industry Careers Explorer Cadetship run by Lindy Maurice. Both programs are heavily supported by all members of the breeding & racing industry and present people from all walks of life with a clear pathway into the industry. The opportunities are boundless and both of these programs are vital to the future of our industry.