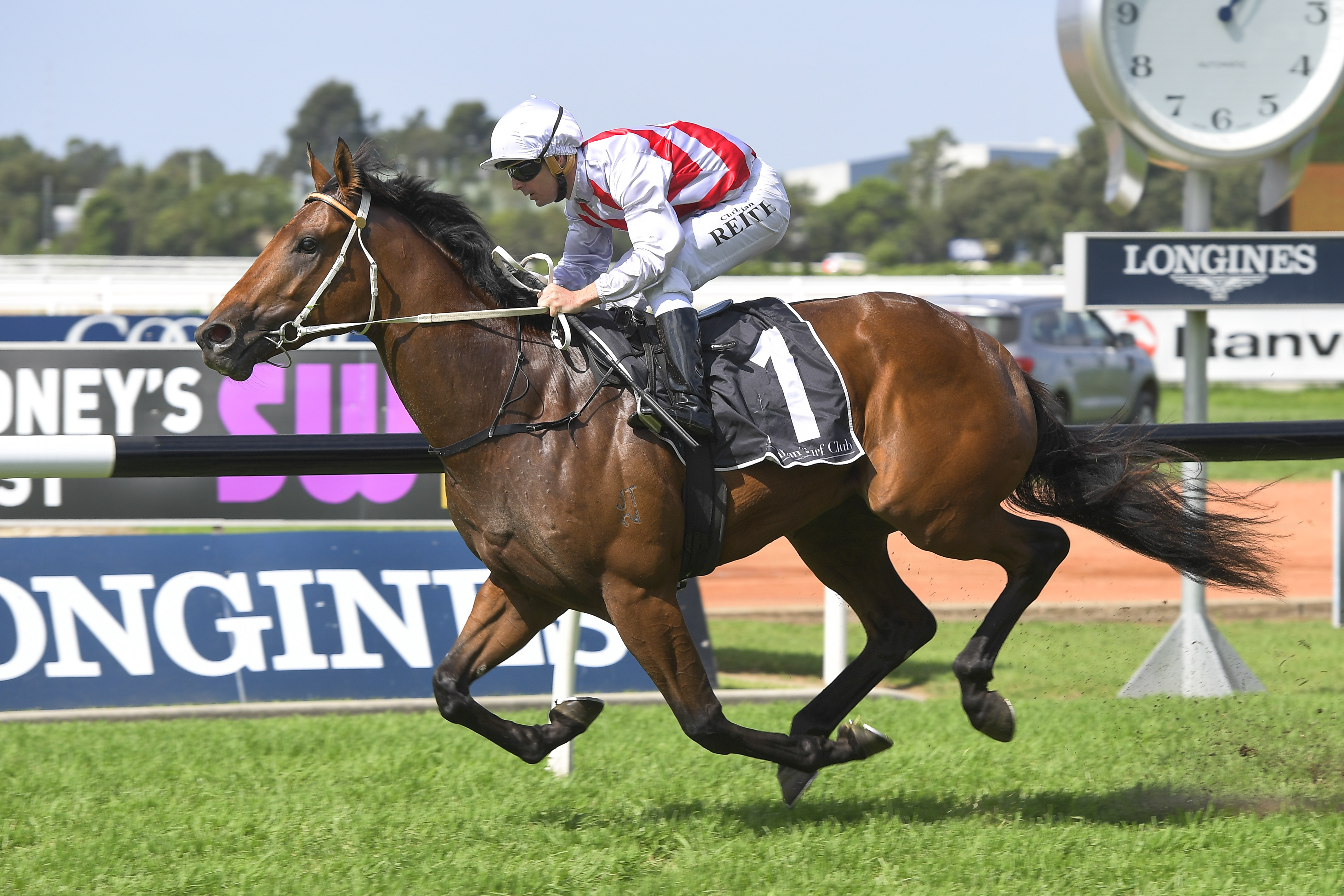 It is no secret that in the auction world Magic Millions has an unrivalled reputation for selling speed and precocity, and when it comes to Thoroughbred stud farms Widden has earned the same reputation.

The irrefutable evidence is there, in the past eight editions of the Magic Millions 2YO Classic Widden graduates have won on three occasions, Driefontein (Fastnet Rock) in 2012, Le Chef (Exceed and Excel) in 2015 and the bonny Sunlight (Zoustar) in 2018.
For the past three seasons Sunlight has been the poster girl for everything a buyer can expect from a Widden consigned horse. Precocious enough to win the Classic as a January two-year-old, she is still winning at Group level as a Spring four-year-old and in between she has danced every dance, never shirked a battle and taken her Gr.1 tally to three. Her owners have been on a journey that can only be described as truly exhilarating, from victory on the Gold Coast to a gallant third in a Golden Slipper, on to her maiden Gr.1 win in the Coolmore Stud Stakes (where she led in the trifecta for her sire Zoustar) to back to back Gr.1 wins the following Autumn in the time-honoured Newmarket Handicap and the William Reid Stakes. 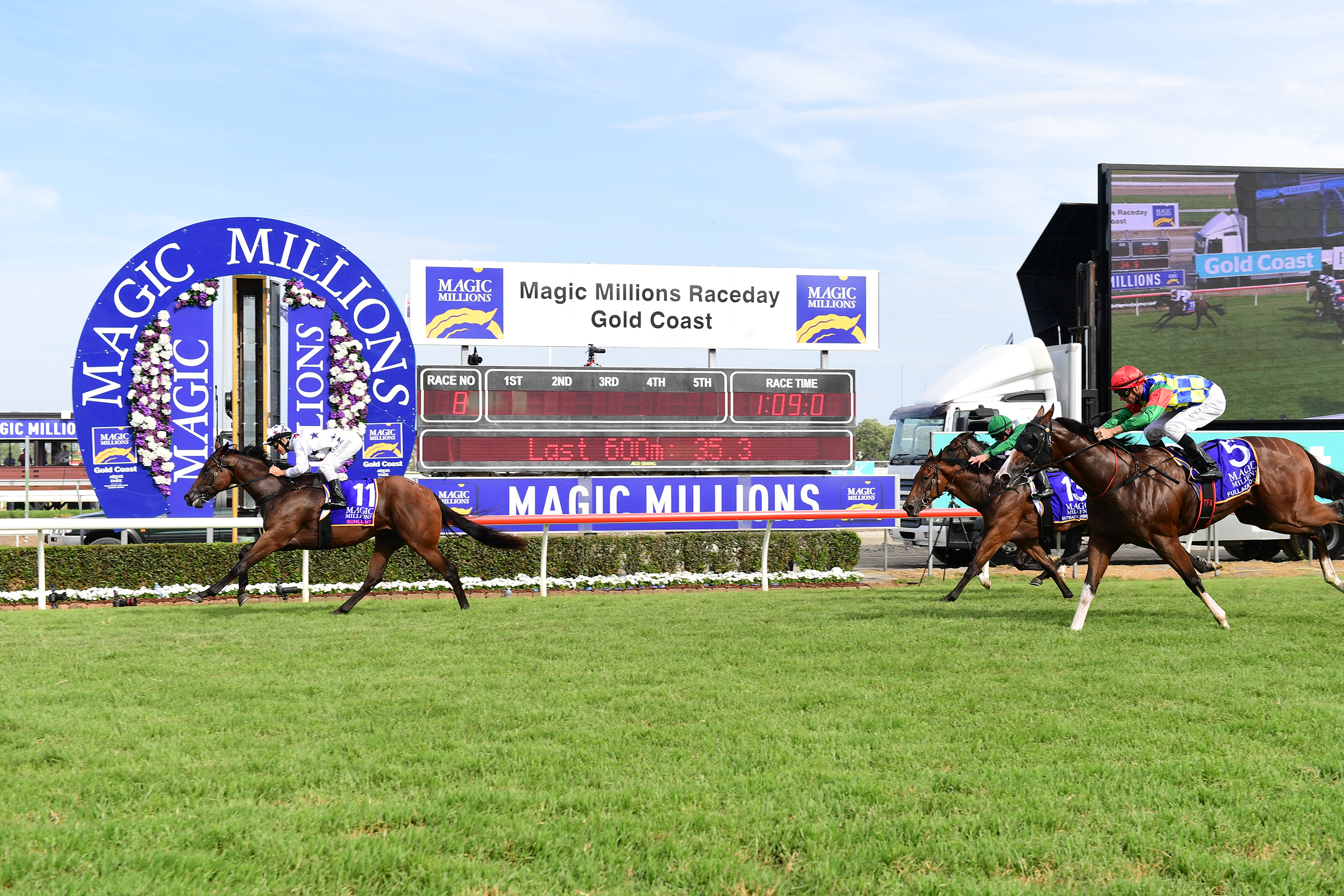 The ride continued this Spring when she put aside Santa Ana Lane in the Gr.2 Gilgai Stakes, then proved her versatility, and her doubters wrong, when a smashing second
in the inaugural Golden Eagle at 1500 metres. A $300,000 purchase, her prizemoney tally sits at over $6.5 million.
However, Sunlight wasn’t the only star that could have been bought from Widden’s 2017 draft. Recent winner of the Gr.3 The Nivison Madam Rouge was another daughter of Zoustar to go through that year as was the Listed winning filly Persuader by the same sire. And if it was a colt you fancied then Gr.3 winner and prospective sire Graff (Star Witness) was another in the Widden barn that year.
Horses of that quality will be amongst Widden’s 2020 Gold Coast draft of 42 horses, buyers will be spoilt for choice. There will be eight youngsters sired by Zoustar who currently sits equal first on the list of Australian sires by individual Group winners. Amongst them is a filly out of Farasha, making her a sister to the exciting prospect Just Zerene and a half-sister to the dual Gr.3 winner Sharnee Rose (Nadeem). She is yet another quality filly to come from the family of Snippets, the inaugural Magic Millions 2YO Classic winner. To further highlight the outstanding Spring that Zoustar had, along with Sunlight and Madam Rouge he sired Mizzy who won the Gr.2 Golden Pendant, Gr.2 Sheraco Stakes and Gr.3 Toy Show Quality, Sisstar, winner of the Gr.3 Red Roses Stakes, Haut Brion Her who won the Gr.2 Blazer Stakes and Zoutori winner of the Gr.2 Bobbie Lewis Quality in brilliant fashion.
The Widden draft will be one with quite a broad reach in terms of sire power. Amongst those conceived on the farm are a Sebring colt, the first foal of the bold-striding Miss Rose De Lago by Encosta De Lago, the dam a five time winner at Stakes level. Discerning buyers looking for a filly with potential and residual value will have Frosted’s half-sister to the five-time Gr.1 winning sprinter Santa Ana Lane on their shopping list.
Widden will also offer that rarest of creatures, a half-sister to an Australian bred Melbourne Cup winner! The fourth living foal of the Testa Rossa mare Geblitzt, this filly is a Star Witness half-sister to Vow And Declare (Declaration Of War) and a full sister to the Listed winning stayer Lycurgus. She is also bred on the same cross as dual Group One winner Global Glamour. At the other end of the spectrum is a Your Song half-sister to Graff, the filly’s value sure to skyrocket the day he fulfils his undoubted potential.
Then there is a smashing colt, the first foal out of Samara Dancer, winner of the Gr.2 Blue Diamond Stakes Prelude. This fellow loses nothing on the sire’s side being by sale ring favourite I Am Invincible. The same can be said of the handsome bay son of first season sire Shalaa and Skating On Ice (Bradbury’s Luck). He’s by a dual Gr.1 winning sprinter from a sireline that has worked so well in Australasia, out of a tough mare who won eight times and was Stakes placed on three occasions.
The loss of a Golden Slipper winning stallion who sired a Golden Slipper winner would be a blow to any farm, but Widden think they have Stratum’s ideal replacement in his son Stratum Star. From the dual Gr.1 winner’s first Crop Widden will offer a colt out of the winning Northern Meteor mare Bisutti, dam of the juvenile Listed winner Absolute Flirt, herself a daughter of Stratum.
These are just a few exciting lots we have selected from the outstanding draft Widden will sell out of Stable D in January. And one thing is for sure, history is likely to repeat meaning that several youngsters from this draft will go on to Stakes success.