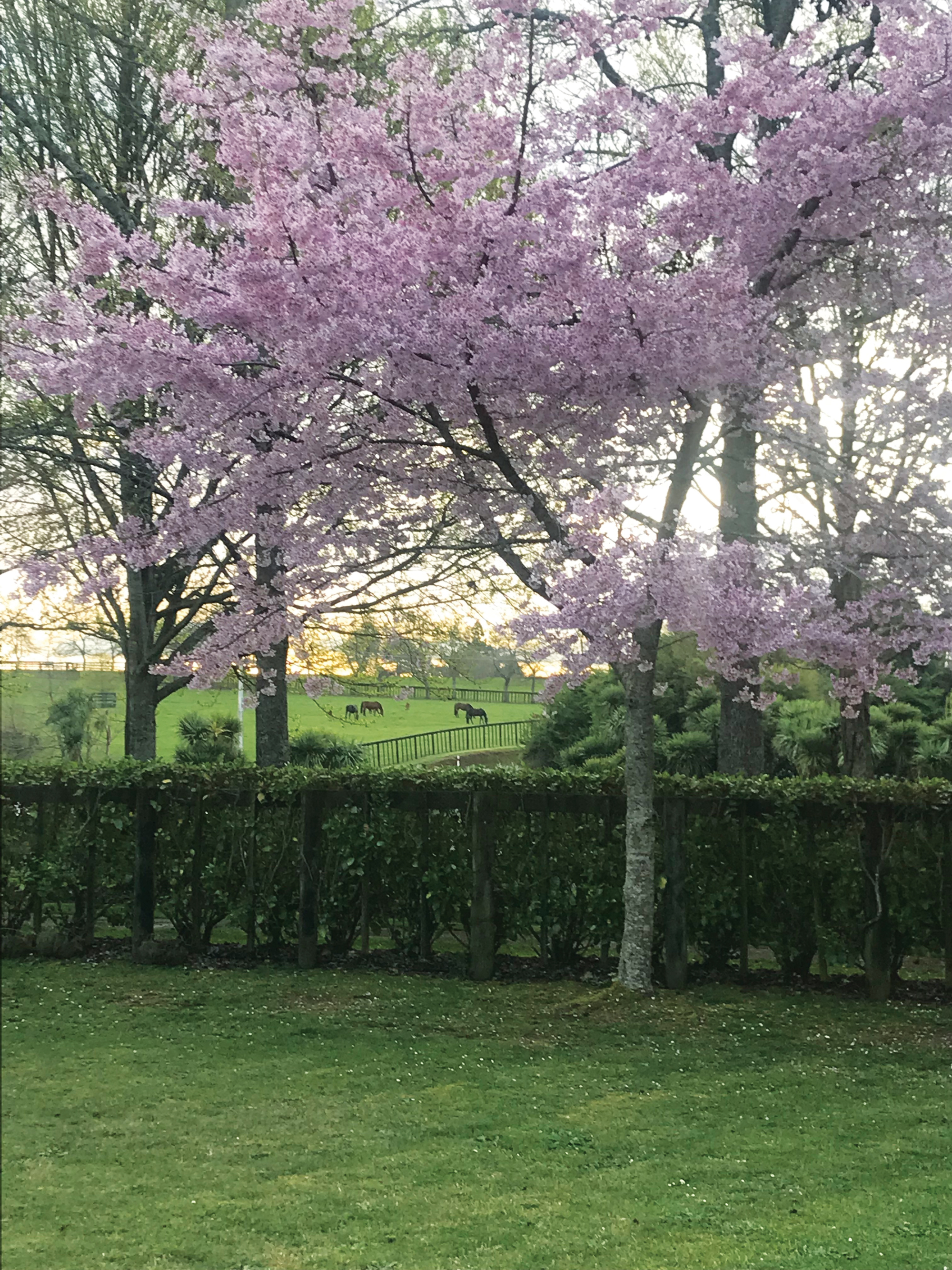 The handsome-looking son of the influential Monsun has received a warm welcome from Australasian breeders at John Thompson’s farm. Indeed, he was New Zealand’s most popular first-season sire on arrival with a book of 159 mares.
“He also covered great books in his second and third seasons. He’s just such a lovely horse and he’s really captured the imaginations of breeders,” Thompson said. “He’s had the quality and got the numbers.”
It’s little wonder the pulling power of Vadamos has been so strong as he was the winner of eight races, including the Prix du Moulin-Gr.1, under the guidance of champion trainer Andre Fabre.

Vadamos ended his career in this part of the world when he finished fourth in both the Cox Plate-Gr.1 and the Emirates Stakes-Gr.1 and was ridden in the latter Flemington event by Damien Oliver.
Vadamos will be represented by 28 yearlings in Book 1 at Karaka and 17 in Book 2 with strong numbers naturally enough coming from Rich Hill. “We’ve got 13 by him in our draft in the main sale and another half a dozen in Book 2,” Thompson said. “We’ve got some great colts and a lovely line of fillies and they are very strong horses.”
A favourite is Lot 169, a daughter of Vadamos and the Pentire mare Penthouse Princess, who is a sister to Rich Hill’s Melbourne Cup-Gr.1 winning graduate Prince Of Penzance and his grand-dam Only Royale won two editions of the Yorkshire Oaks-Gr.1
To be presented as Lot 473, she is a half-sister to the Taranaki Oaks Prelude-Listed winner Sacred Rhythm and the family of the Kewney Stakes-Gr.2 winner Bella Martini and the
G3 Sandown Stakes-Gr.3 and Goodwood Handicap-Gr.1 runner-up Any Rhythm.
The colt out of the Pentire mare Etosha Lass, Lot 582, is a half-brother to a brace of winners and his pedigree page features the former champion two-year-old and leading sire Canny Lad, winner of the Golden Slipper Stakes-Gr.1 and the Group 1 winners Sepoy, Camarena, Camarilla, Guelph and current star Bivouac.
“The Vadamos cross with Pentire seems to be working particularly well and the top priced colt at the weanling sale was by Vadamos out of a Pentire mare and he’s a lovely colt,” Thompson said. “Another cracking type is the colt out of Shaheen, a Zabeel mare and you have to respect anything from a daughter of Zabeel.”
He is Lot 271 and his dam is a half-sister to one of Rich Hill’s most famous sons in the former two-time New Zealand Horse of the Year and winner of 10 Group 1 titles Mufhasa, and Shaheen is also a half-sister to the dam of the dual Group 1 winning sprinter The Bostonian.
Vadamos’ associate sire Proisir has produced 18 individual first crop winners, highlighted by the unbeaten Bonecrusher Stakes-Gr.3 winner Riodini, who is a Rich Hill graduate as he was bred by Alan Galbraith, who was a co-founder with Thompson of the farm. Trained by Nigel Tiley, the three-year-old has yet to be tested in four appearances and will now head toward the Auckland Guineas-Gr.2 at Ellerslie on New Years Day.
Proisir has two youngsters in Book 1 and both are in Thompson’s draft with Lot 523 a half-brother to the multiple stakes winner Courte Zarindi and the family of the Queensland Derby-Gr.1 winner Mr Quickie. Lot 611 is a half-brother to the ill-fated Canterbury Breeders’ Stakes-Gr.3 winner First Swerve. Proisir has 24 representatives in Book 2 with 11 in the Rich Hill consignment “Shocking has had an excellent year, especially through our graduates Surprise Baby who won The Bart Cummings and ran so well in the Melbourne Cup, and Vegas Jewel who placed second in both the Wakeful and Ethereal Stakes in Melbourne,” Thompson said. “Ticket To Ride has also been a stakes winner and Tibetan has been Group 3 placed, whilst Defibrillate has won four of five starts and looks an exciting stayer for Patrick Payne.”
Shocking has four yearlings in Book 1, including Rich Hill’s Lot 141 who is out of the dual Group 3 winner O’Fille and the family of the Wellington Cup-Gr.1 winner Willy Smith. Shocking has 12 of the best in Book 2 with five to be put forward by Thompson. ✦