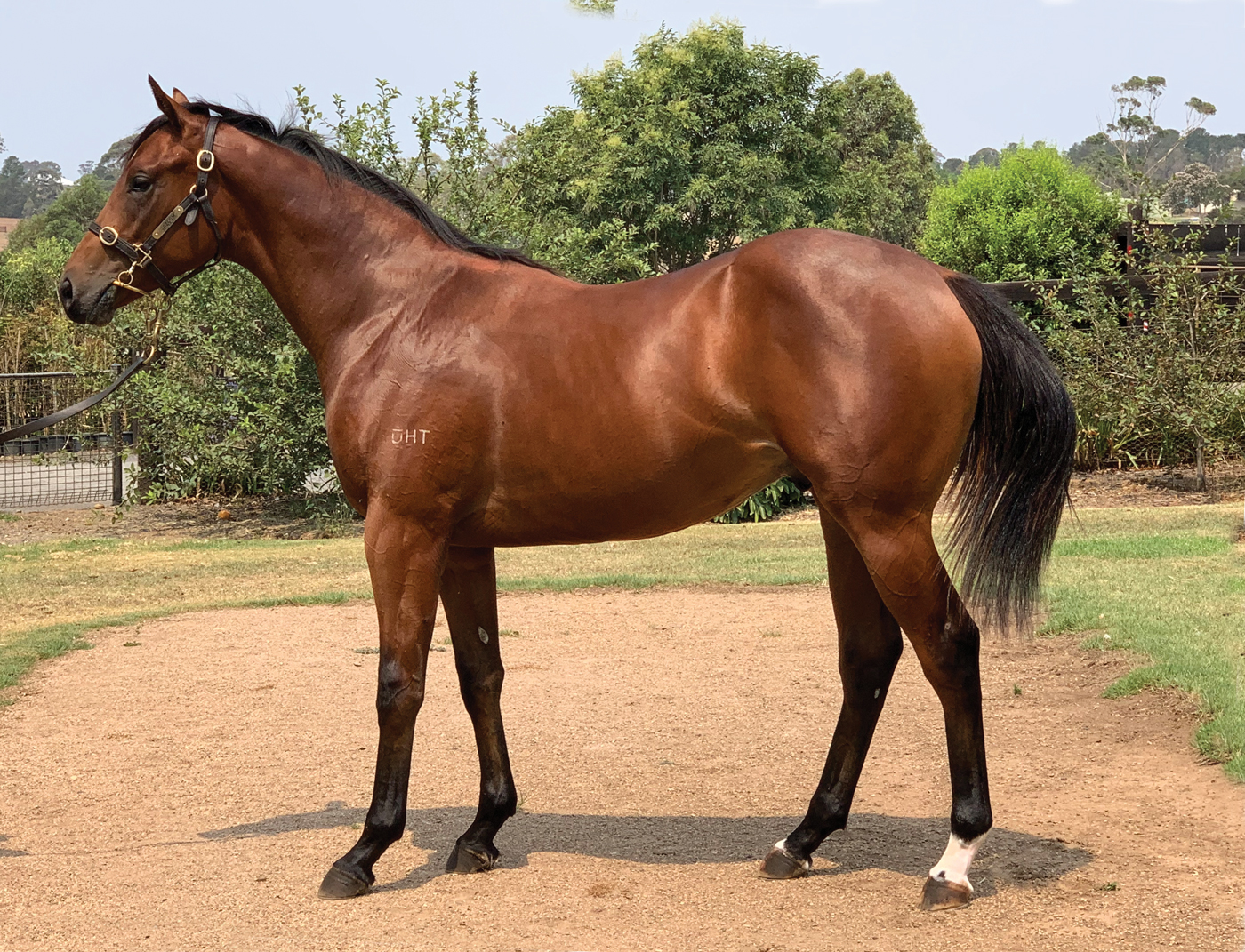 Jazcom’s reputation for quality over quantity continues to grow. From only six yearlings offered in 2018, now three year-olds, they’ve already shown talent, led by Sepoy colt Run To Perfection, whose four starts to date have been a second on debut, a maiden win, second in the Gr.2 James & Annie Sarten Memorial Stakes to Harlech, and fourth behind boom galloper Catalyst in the Gr.1 New Zealand Two Thousand Guineas. And all for only $80,000 at the Inglis Classic Yearling Sale. That’s value! In the same draft was Tejori who won on debut recently. In terms of percentages of winners to yearlings sold, Jazcom do very well, and with extraordinary value for buyers. Jazcom’s Colin Branthwaite spoke to Bluebloods about their Inglis Classic draft for 2020.

This is your smallest draft yet for Classic with only three yearlings. Tell us about them.
With the high numbers entered in the Inglis Classic Yearling Sale, we believe we really needed to have a better quality of horse to offer buyers. The win of Yes Yes Yes in the Everest should have everyone falling over themselves to grab another Rubick, and Jazcom will present two yearlings by Rubick.

A filly, Lot 17, is out of winning Snippets mare Blarney Wish, whose four winning foals have won ten races, including city winner So You Wish who has won four of his twenty starts and is still in work. This filly has a strong build up of quality sires running through her damline- Snippets, Dayjur, and Vaguely Noble, and she is a member of a strong black type European family that includes Choisir’s Irish Gr.3 winner Gossamer Seed.

“She is a very powerful filly with a huge hindquarter and balance,” said Colin. The Rubick colt, Lot 118, is the second foal of winning mare Elite Dane (Dane Shadow), who is a half-sister to group placed winning two year-old Voilier (Beneteau), from the family of tough racemare Miss Zoe, who won nine races, two at Gr.2 level and was multiple times Gr.1 placed. Gr.2 winner Utzon, and Listed winner Zenalicious are also in this family, as is recent seven race city winner Tip Top (Choisir).

“He is a magnificent colt. He has great length and scope, is very intelligent and a real two year-old type,” said Colin. The Jazcom Classic Yearling Sale draft for 2020 is rounded out with a colt by classy sprinter and impeccably bred Headwater, whose oldest progeny have just turned two. This colt, Lot 731, is from Headwater’s second crop, and is the first foal of Playing Game (Playing Hours), a mare who won nine races and had fourteen placings from 44 starts. If this colt inherits his dam’s toughness, his owners are going to have a wonderful adventure on the track with him. It’s a family trait, with stakes winner Morden winning ten races, and Gr.1 placed Quick Return winning eight races. Another family member, Zlatan has won eleven races, while Dreamgazer won on ten occasions.
“He is very balanced, correct and has plenty of leg under him, a real professional,” was Colin’s comment.

What do you love about the Classic sale?
The Inglis Classic Yearling Sale is a real value sale for the buyers, most of the horses are good types and buyable. We have always had a good result as sellers, usually selling everything we offer.

What have been the highlights of your farm over the past twelve months?
We continue to see our spelling business grow, and have attracted new trainers and owners this year, thanks to the various trainers seeing the condition our spellers return to them in. We are looking forward to our 2020 crop of yearlings selling, not only these three at the Inglis Classic sale, but we also have a draft of sixteen yearlings heading down to the Inglis Melbourne Gold sale in April. We topped the 2019 Inglis Melbourne sale and hope to offer buyers the same high quality style of horse this year.

What has been the biggest change you’ve seen in the Australian racing industry since you started out?
Probably the biggest change is the amount of people getting involved and engaging in our great sport through syndications. The increase in prize money seems to help with this growth also.
Jazcom Thoroughbreds have built a good reputation for producing quality yearlings who in turn thrive on the racetrack. Perhaps the next Run To Perfection is among this trio.