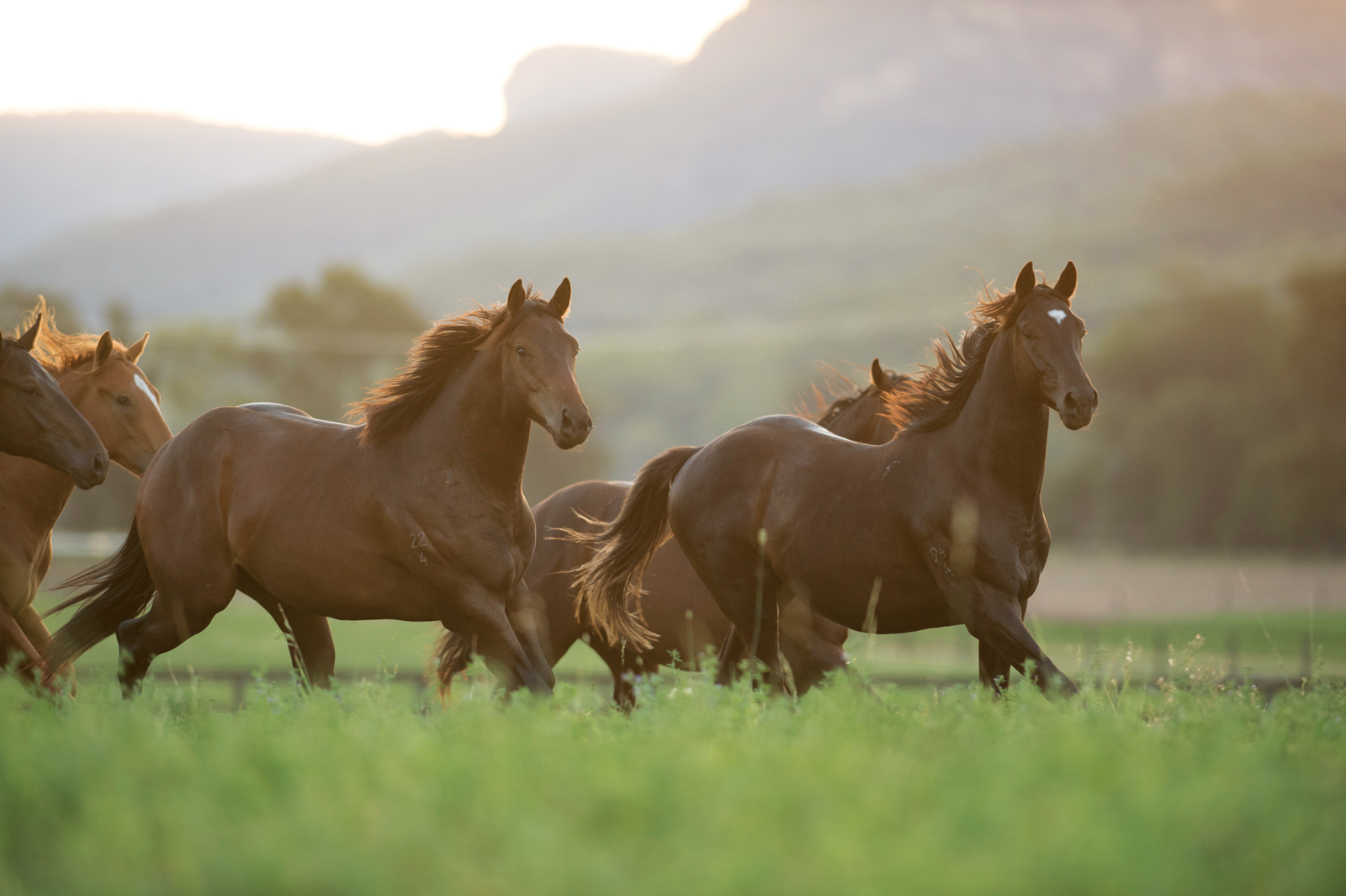 Stratum Star thrilled punters on both coasts with his dual Gr1 victories, and now his first crop of yearlings will be on offer in 2020. A son of Stratum, Widden Stud’s Golden Slipper winner, Stratum Star was versatile and consistent winning eight of his 37 starts across four seasons of racing. If as expected he brings the same toughness to his progeny, trainers will enjoy working with them.
Widden Stud’s Ryan McEvoy said, “Stratum Star is a horse who is very special to us at Widden.

He’s a son of Golden Slipper winner Stratum, who we stood, and we bred Stratum Star, and were fortunate to retain a share in him after we sold him as a yearling. He’s from the incredible Emancipation family, and was sharp enough to run in the Gr1 Blue Diamond, then train on at three, four, and five to collect two Gr1 wins and eight wins in total. All up he only missed a cheque in five of his starts, an incredibly consistent horse especially when you consider that only six of his 37 starts weren’t in black type company, one of those being the million dollar Magic Millions Trophy which he won. Stratum Star is unique in the current landscape of stallions at stud as he showed longevity and coped well with a lot of racing, similar to horses like Spirit of Boom and Lonhro. Stratum Star was a truly genuine racehorse—we never had a vet bill while he was in work, he just did the job and ate up every day.”

Widden Stud will present a large draft of 46 yearlings at the Inglis Classic Yearling Sale of 2020, with three yearling fillies by Stratum Star, led by Lot 678, a half-sister to Gr.2 Todman Stakes winner Masquerader and four other winners. Closely related to Gr1 winner Takedown (Stratum) is Lot 603, a Stratum Star filly whose Sebring dam, Apamene, has left a multiple winner with her first foal. The other Stratum Star filly is Lot 785, who is closely related to Gr2 BRC Sires Produce Stakes winner Attention (Stratum).

“Our Classic draft has a lot of variety with twenty-five different sires across 46 yearlings. On type many of these horses could have gone to Inglis Easter but are better suited to Classic on pedigree. We’ve made a conscious effort to present a quality draft and buyers will be pleased with the types on offer,” said McEvoy. Widden Stud has sold yearlings for over 150 years and the property continues to be relevant by producing recent Inglis graduates such as Marcel From Madrid, Accession, and Gr1 placed Scarlet Dream.

Widden Stud’s pinup stallion Zoustar is represented in their Classic draft by Lot 89, a colt out of Dare to Dance, a half-sister to Hips Don’t Lie. Golden Slipper winner Sebring stood at Widden Stud and had an outstanding stud career, and Lot 534 looks like a speedy colt on paper, being out of Totally Sure, a two year-old winning Not A Single Doubt mare whose dam was a Listed winner at two.
Nicconi’s popularity as a stallion came to the fore recently with star sprinter Nature Strip, and buyers will get the chance to inspect two Nicconi fillies in the Widden draft, both of whom are the first foals for their dams. Lot 177 is out of five race winner Heartford, who is a half-sister to two year-old stakes winner Pressing, as well as the dam of Absolute Flirt, while Lot 112 is out of Eclat, a two year-old winning half-sister to Gr2 placed winner Moreau.

Coolmore Stud Stakes-Gr1 winners become top quality sires, and it is horses like Star Witness who have helped prove the saying. Sire of Gr1 winner Global Glamour and 23 other stakes winners from only five crops aged three or older, Star Witness also won the Gr1 Blue Diamond Stakes. Star Witness has six yearlings in the Widden Stud Classic draft for 2020, three colts and three fillies who all have plenty of residual value including Lot 556 who is a full sister to stakes winner Stellar Collision, from the family of Elegant Fashion; Lot 183 who is both a full sister to stakes placed winner Sunny Boy, and a three-quarter sister to Gr2 winner and young sire Star Turn; while Lot 546 is a daughter of group winner Valentine Miss, whose only foal to race to date is the promising five race winner Asterius.

Gr1 winning sprinter Your Song has begun his stud career soundly with the likes of Gem Song, Brave Song, and Split Lip, and Widden Stud will present four yearlings by their resident sire. Closely related to Pierata is Lot 308, a colt out of Shamardal mare Mischief Night; while Lot 86 is a filly will good residual value being a half-sister to stakes placed Flamenco Girl (dam of promising stakes placed two year-old this season Marchena), and to eight race city winner Don’t Tell Mama.

Outreach was a close second behind Golden Slipper winner Vancouver in the Gr3 Canonbury Stakes at his only start, and his second crop of yearlings will be presented at the Inglis Classic Yearling Sale of 2020, with Widden Stud offering three colts.

Other stallions represented in the Widden Stud Classic Yearling Sale draft for 2020 are Capitalist, Deep Field, Dissident, Dream Ahead, Flying Artie, Headwater, Hinchinbrook, Kermadec, Maurice, Pierro, Rubick, Shalaa, Shamus Award, So You Think, Star Turn, Swear, Vancouver, and Winning Rupert. A Classic lineup if ever there was one.