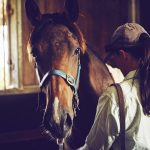 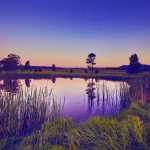 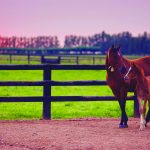 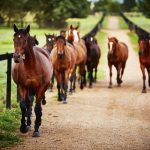 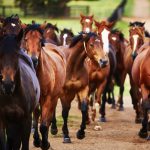 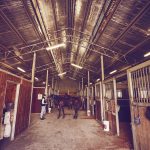 Craig and Sue Anderson’s Amarina Farm at Denman has earned an enviable reputation as vendor
of well reared, well educated yearlings. Craig Anderson is one of the industry’s leading horsemen, with a work ethic to match his firm handshake.

They say a man is judged by the company he keeps and on this score you need look no further than the list of buyers of Amarina yearlings in recent years. They include such industry luminaries as Shadwell Estates, George Moore, Gai Waterhouse, Woppitt Bloodstock, DGR Thoroughbreds, Segenhoe Stud, Michael Otto, Godolphin Australia, Alan Bell and Neville Begg, good judges all. These are just a few of the many industry participants who realise you can buy a good horse from Craig Anderson’s Amarina Farm.

Lot 85 – Bay Filly. Nicconi-Ruth’s Secret. Half-sister to the current star Zumbelina (8 wins, $500K) from the legendary “Leica” family. By one of Australia’s most consistent sires of fast horses such as the flying Nature Strip.

Lot 194 – Bay Filly. Written Tycoon-Superlative. The first foal of a half-sister to stakes winners Big Chill, Hard Stride, and Utah Saints. By one of Australia’s best sires whose fillies are as good as his colts and include Luna Rossa, Tycoon Tara and Booker.

Lot 209 – Bay Filly. Rubick-Taylor’s Command. The fourth foal of a winning half-sister to Gr.2 winner So Pristine, and stakes winner Restored, as well as to the dam of NZ Bloodstock Filly of the Year in 2017/18 Dijon Blue. Taylor’s Command has one foal to race, Terminology, who is knocking on the door of a win, being multiple times city placed in 2018/19, and ran fourth in the Listed Wyong Magic Millions 2YO Classic last season. This is the imported family of Gr.1 winner and champion sire Theatrical.

Lot 326 – Chestnut Filly. More Than Ready (USA)-Aeronwy (IRE). A half-sister to Hong Kong winner Villa Fionn, this filly is out of an imported winning mare, who descends from the famous Fanfreluche family of Holy Roman Emperor, Encosta de Lago, Flying Spur, and I Am A Star. Aeronwy is a half-sister to stakes winner Soldera, dam of group winner Exhi.

Lot 548 – Bay Filly. Hinchinbrook-Elwaaryaa (GB). Second foal of winning mare who is a half-sister to Gr.2 winner Baqah (dam of Gr.1 winner Almanaar). By one of Australia’s most consistent sires of stakes winners.

Lot 567 – Chestnut Filly. Kermadec (NZ)-Fantome Gris. Second foal of winning Sebring mare who is a daughter of Listed winner Paris Return. By outstanding Golden Slipper winner and leading sire who is having a banner season with stakes winners including Gr.1 winner Amphitrite.

Lot 610 – Bay Filly. Sebring-Gallica. Dual Gr.1 winner Gallica (by Redoute’s Choice) has begun her breeding career well with two winners from her first two live foals. Winner of the Thousand Guineas and South Australian Oaks, Gallica is out of a half-sister to stakes winners Masterful, Corviglia, and River Rhythm.

Lot 700 – Bay Colt. Headwater-Johanski. Stakes placed Johanski is a city winner who is a half-sister to the dams of stakes winners Tudor, and Moshki. From the first crop of one of Australia’s most exciting young sire prospects.