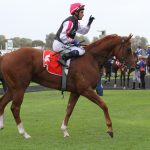 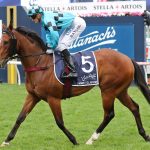 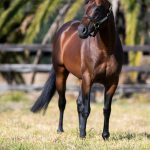 Having cut his teeth at Darley before moving to Newgate Farm, Bott brings plenty of experience to Aquis. We spoke with him about moving to Murrurundi and his expectations for the upcoming Magic Millions January Sale.

What was the driving force behind moving to the Aquis team?
I think it’s fair to say that Aquis is making an impact within the industry and I’m excited to be part of our bright future as Bloodstock Manager. I’m delighted with the timing of the move as it dovetails into promoting our quality Magic Millions draft and to see the first yearling crop of our exciting sire Spill The Beans go to market.

You joined just in time to be part of a highly successful Melbourne Spring Carnival. That must have been exciting?
Victoria Derby day was pretty special with four Gr.1 performers. We have an interest in Sunlight so to watch her defy the colts in the Coolmore Stakes was tremendous with Lean Mean Machine, an exciting stallion prospect we have an interest in, a close third. In the next race Fundmentalist did us proud finishing hard for third in the Empire Rose Stakes. Then Extra Brut’s Gr.1 Victoria Derby win was especially exciting given we bought into him leading up to the Classic and we got an extra kick knowing he was by our own stallion Domesday. Extra Brut has since proven his class at weight for age, finishing on for a narrow third in the MacKinnon Stakes all but running down an Irish Derby winner!

We also recently bought into Brave Smash, as exciting a sprinter as there is around with his Manikato Stakes win showing the world what he is capable of.

And what do you think buyers can expect from your 2019 draft?
What buyers can expect, and what our draft represents is OPPORTUNITY. This is only our fourth draft offered at Magic Millions with the first draft in 2016 of six yearlings certainly setting the standard. Five of them sold, all have raced, and all have won! They included a last start Stakes winner in Spring Choice, American Genius who was Group 2 placed on debut at two and the city winners Bel Sonic and Swaffham Bulbeck.

Aquis’ 2017 Magic Millions Yearling graduates include Hold The Line, who is unbeaten in her two starts to-date, the Aquis-bred Smart Elissim who won his only start at two by five lengths and is a winner and Group Three placed in the Up And Coming Stakes this season at three, and Hinchrider who broke his maiden at two by a sensational seven lengths.

We await the results of the 2018 graduates which are headed by a $700,000 I Am Invincible half brother to Sepoy. Now named Navy Cross he’ll race out of the Gai Waterhouse Adrian Bott yard.

If I’m looking for something special in your draft where should I start?
This year’s draft of 21 yearlings will again offer huge opportunities for prospective buyers. I believe our draft is headed by the Exceed And Excel colt out of Star Shiraz who is a very strong, precocious type and has the two-year-old pedigree to back it up. He is speed on speed and I believe he is the best mating of the mare so far.
We have an exciting colt by the young Lonhro stallion Exosphere out of Arwen Ace from the family of recent Run To The Rose Gr.2 winner Lean Mean Machine. This mating is also very similar to that of Group 1 winner Pinot who is also by another son of Lonhro in Pierro and is also inbred to the mighty Zabeel.

Another yearling that will be getting the people’s attention and will be high on their shopping list is the Press Statement filly out of Incredulous who is only the second foal with the first foal being Global Exchange who is already a winner and city placed from only three starts. She comes from the family of multiple Group 1 placed So Si Bon.Also, with the impressive start No Nay Never has made in Europe it will be hard to go past the filly out of Speedwagon, a multiple winner by Snitzel and a full sister to Schiffer who was third in a Magic Millions 2YO Classic.

You mentioned Spill The Beans earlier, what excites you about him?
He just has every attribute to be a success at stud. Beautifully put together he’s strong, but exquisitely proportioned and he delivered on the track. Unbeaten at two, he progressed to beat the older sprinters at three at Gr.2 level. He’s passed on his physique and temperament and we were delighted but not surprised at how the market liked his first crop as foals.

He’s also got the pedigree to back it up. The family keeps producing Stakes horses going back to the Golden Slipper winner Bounding Away up to as recently as MacKinnon Stakes day when Kenedna, Spill The Beans’ three-quarter sister, won the Gr.2 Matriarch Stakes.

When you’re not working how do you like to spend your time?
With my family. Wife Kirsten and two boys Archie and Alfie.

What is the best piece of advice you have been given?
To be a good listener. Someone once said its no coincidence we were born with twice as many ears as we have mouths.