We have a smaller draft for Easter than in previous years but that does not mean we have reduced in quality. We are very pleased with the draft of 7 yearlings which we have catalogued for this year’s sale: 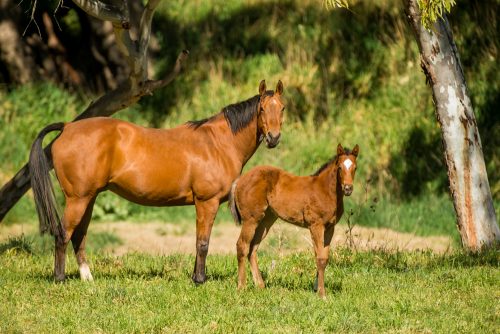 Give us an overview of your draft.

Lot 61 is a beautiful colt by Medaglia d’Oro. This is the third foal out of the Group 1-winning Dehere mare Invest, a daughter of the Group 1 Flight Stakes winner Unearthly. The half-brother to this colt is the promising High Rev (Fastnet Rock) who was placed in his first start in Hong Kong in November for David Hall.

Lot 125 is another lovely Medaglia d’Oro colt out of the Group 2 winning Encosta De Lago mare Miss Marielle, a half-sister to Eurozone. Miss Marielle is the dam of Group One Coolmore Classic winner Peeping, and Listed winner France a.k.a Encouraging who has won 3 of his last 5 starts in the John Moore stable in Hong Kong.

Lot 138 is a colt by Written Tycoon out of dual winning Reset mare Morning Swim, the half-sister to G1 NZ Thousand Guineas winner Risque. He is a beautiful chestnut colt who has improved the whole way through the preparation and we are excited to see how he will be received.

Lot 212 is a beautiful filly by Zoustar out of the Not A Single Doubt mare Red Roses Too, that hails from the family of Furnaces, multiple Group 1 winner Melito, and Group 3 winner Pariah and is the half-sister to the promising 3YO filly Jip Jip Rock.

Lot 214 is another lovely filly by More Than Ready and is the second foal out of the stakes-placed Fastnet Rock mare Refer, a sister to the Group 1 Queensland Derby runner-up Electric Fusion, both out of the Unbridled’s Song mare Silken, a half-sister to the Listed-winning, Group 1 placed Danasia (dam of Group 1 winner Zabrasive), as well as to the dams of Group 3 winner Scratchy Bottom and Group 1 Flight Stakes winner Cheeky Choice. 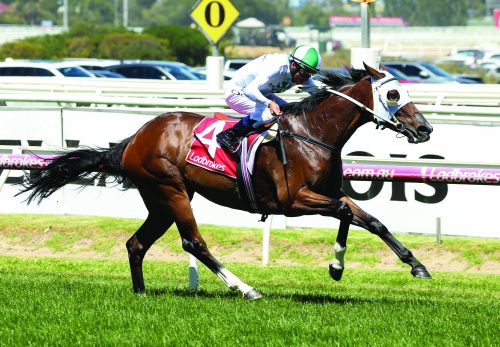 And last but by no means least, Lot 416 is a stunning filly by Lonhro out of Danzero mare Dancing Heather, half-sister to Group 1 Stradbroke Handicap winner Linton (Galileo). Dancing’s Heather leading light is the Group 2-winning, multiple Group 1 placed Heatherly, the full sister to this filly. We really like this filly and I think she will be popular amongst the syndicators. Her half-brother by Written Tycoon, now named Dalaalaat was sold at Easter last year for $650,000 to the bid of Angus Gold and there have been great reports coming back on him.

What are some of your leading graduates from the Easter sale?

We have been selling horses at the Easter Yearling Sale since the 1940’s producing many winners since that time with the likes of Golden Slipper winners Vivarchi, John’s Hope and Prowl. Research, who was Australian Horse Of The Year, and multiple Group One winners Arborea, Assertive Lass, Shogun Lodge and Encounter are just a few of the others to have gone through the famous Inglis sale ring. Looking to more recent years, this sale has supplied us with several great success stories such as Zac Spirit, the two-time Champion Sprinter in Singapore and Group One Lion City Cup winner was purchased here by Cliff Brown. Cliff Brown also purchased Zac Kasa from this sale. Zac Kasa has been highly impressive in his racetrack performances to date with his latest win being on 17 February in Singapore. France, who now races as Encouraging in Hong Kong, is a graduate of the 2015 Easter sale. He won the Inglis Guineas before being sold to Hong Kong. Now trained by John Moore, he is continuing to thrive with two straight wins in as many weeks. C’Est Davinchi is a multiple city winner currently in the Hawkes stable who we sold here in 2015. Exciting 2YO filly Super Oasis was sold at this sale last year for $450,000 and races in the Mark Newnham Stable. She is an up and coming star.

You need deep pockets and a big heart.

My favourite season is spring. The arrival of every newly minted foal still gives me as big a buzz as it did 40 years ago when I saw it for the first time as a child. They are the realisation of 2 years planning. They come out motionless, tightly wrapped in their little white sack. You break it open, its like Christmas 130 times in 10 weeks. With a shake of their head they are revealed. In 30 minutes, they are up & off. And if that is not enough, the long weekend in October at a Randwick opens the 2-year-old racing year. The anticipation of the unknown is rivetting.