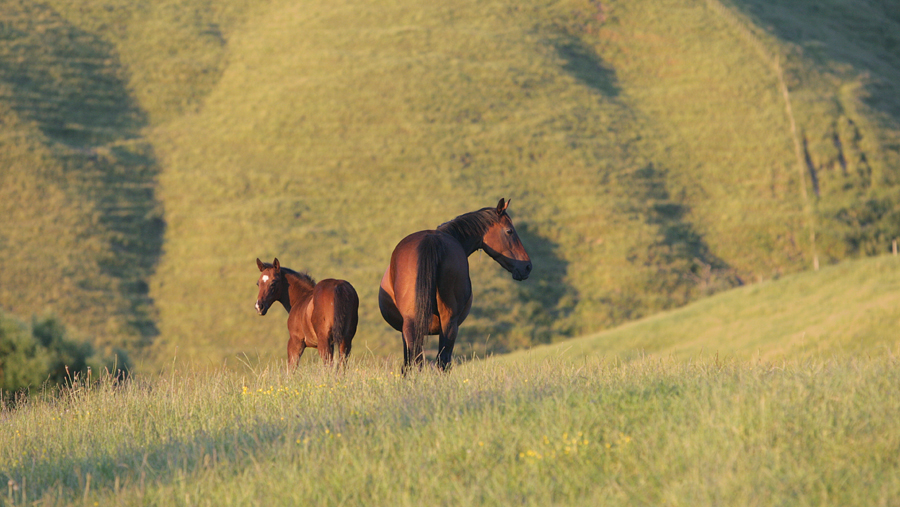 Exciting times at Brighthill Farm, home to two of the most exciting young stallions in New Zealand with one of those, Zabeel’s outstanding son Preferment, due to be represented by his first yearlings at Karaka 2020. 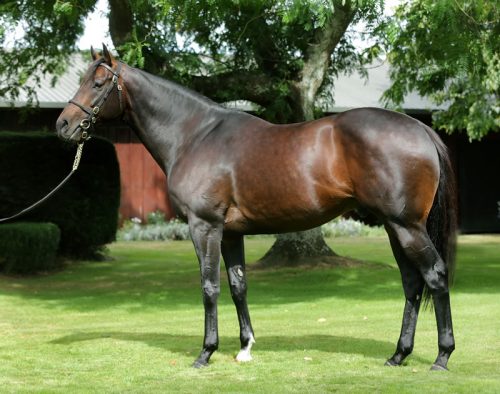 Also home to Eminent, the first Frankel to stand at stud in Australasia, Brighthill welcomed Preferment late in the 2017 season on the back of a Queensland winter campaign but he settled in so quickly and so well that he was able to serve a classy book of 117 mares.
And he was supported by an even larger and stronger book last year, Brighthill’s Nick King noting that the exciting young horse will “have every chance to get the ball rolling!”
The best performed son of Zabeel to stand in New Zealand since Savabeel, Preferment amassed over $3.4 million during a career that saw him win four races at Group One level and there is already a buzz around his first born.
“We are very excited about Preferment,” King said, noting that “horses like him do not come along every day. We have had some great feedback about his yearlings and buyers across New Zealand and Australia are very keen to inspect them, they will be well sought after.”
“We are very pleased with our Preferment yearlings, they have plenty of his quality and athleticism and you will not have to wait forever for them,” he said, noting that Preferment kicked off his racing career at two.
Brighthill (who have sold such outstanding gallopers as the Group One winners Aloisia and Hiyaam) have five Preferment yearlings in Book 1, kicking off with lot 77 whose imported dam Ma Famille is out of a half-sister to the Group Three winner Dundonnell from the immediate family of Danehill.
Bred on the successful Zabeel/Pins cross, lot 130 is a colt out of No Finer Dame whose dam is the stakes winning successful broodmare Midnight Madam, dam of the dual Group One winner Perlin and the Listed winner Almodovar.
A half-sister to four winners including the smart Hong Kong based Star Of Yan Oi, lot 214 hails from a prolific international family whose members include Japan Cup-Gr.1, 2400m hero Jupiter Island.
Breeders know how well the Tavistock/Zabeel cross works and lot 314 is bred on the opposite being out of the metropolitan winner Stocktake from the family of European Group One winners Montare and Journey.
The last of the Book 1 Preferments for Brightill is lot 591, the first foal for a winning Fastnet Rock mare whose brother is the Group One winner Age Of Fire. “She is a really nice filly with a good mix of Preferment and Fastnet Rock.”
Whilst full of confidence in regards to Preferment’s future, King is also happy to support other first season sires, several of which have yearlings in his draft; including Monsun’s Group One son Vadamos.
Lot 312 is a colt out of Steel Stilettos whose three to race are all stakes winners; Boots ‘N’ All, Toms and Air Max. “They are by three completely different stallions which shows what a great job the mare is doing,” King said, describing the bay as “a lovely colt bred by good clients.”
Also by Vadamos is lot 409, the first foal for the Zabeel mare Zeldara, sister to the dual Group One winner Lizzie L’Amour from the prolific Best In Show family.
Group One winners Belardo (sire of lot 60, half-brother to the dual stakes winner London Line) and Turn Me Loose (sire of lot 72, a half-brother to the Group Two placed Hong Kong winner Enrichment) also have their first yearlings at Karaka.
Also represented in the Brighthill draft are the proven stallions Tavistock (lot 149, a colt out of the metropolitan winner Only If from the Fall Aspen family), Charm Spirit (lot 192, a half-sister to the Group Three winner Spirit Bird), Shamexpress (lot 498, out of a two times winning daughter of the dual Group One winner Bazelle) and Reliable Man (lot 659, a colt out of the stakes placed five times winner Ididit).
Iffraaj has proven himself to be high class in both hemispheres and he has two in the Brighthill draft including lot 244 who King is particularly excited about, the chestnut being a half-brother to the terrific mare Lizzie L’Amour.
“We are really chuffed to be preparing him, he is a lovely colt.”
Also nice is Iffraaj’s filly, lot 532, a daughter of the Group Three placed Dance Attendence, half-sister to the popular multiple Group winner Precedence.
Book 2 is also busy for Brighthill, 19 yearlings (seven by Preferment) with King especially happy with lot 1036, a Burgundy colt whose Karaka Millions bound brother La Romanee has won two of his first three starts including the Welcome Stakes-Listed, 1000m at Canterbury in mid-November. He is the second stakes winner from two foals to race for the six times winner Celtic Dream whose son Won Won Too is a Listed winner at Caulfield. ✦