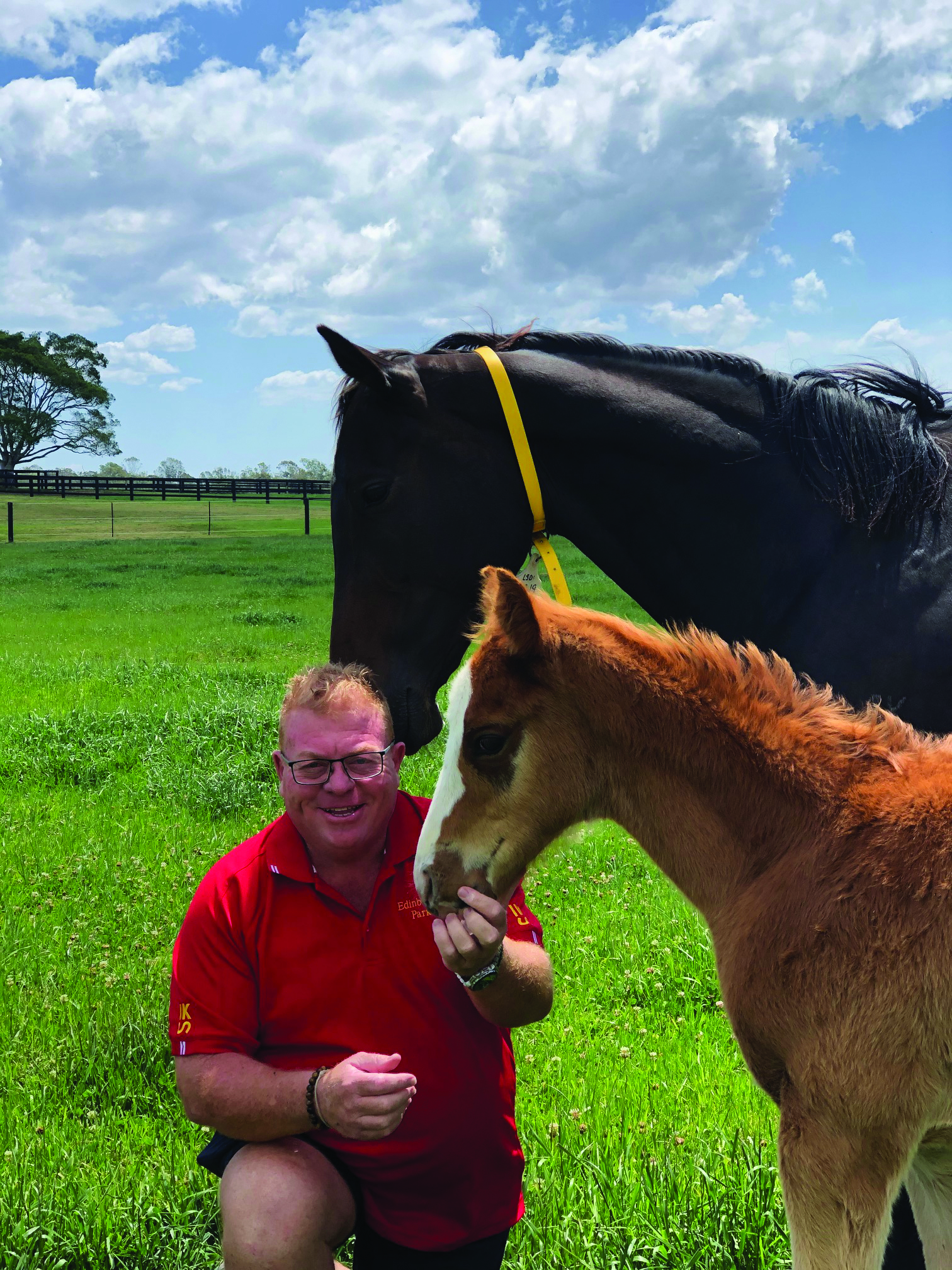 The stunning win of Edinburgh Park’s 2018 Classic graduate Rubisaki has filled Ian Smith with confidence that his 2020 offering will be well inspected by buyers looking for a quality thoroughbred at a realistic price. Rubisaki sold for $85k in 2018 at the Inglis Classic and with three wins and two seconds from her first five starts is one of the most promising fillies in training. Her Moonee Valley metro win in November was one of the most exciting by a lightly raced filly this season, big things are in store for her. But Ian Smith is never one to rest on his laurels, “The next sale is always the most important for us and I’m particularly excited to be taking this small but select draft of five youngsters to the 2020 Inglis Classic. The next Rubisaki could well be among them!” he said.

First up is lot 55, a chestnut filly by the consistent stallion Star Witness (15 stakes winners with a solid 65% winners-to-runners ratio) out of the talented race mare Chiquada whose six victories included four at metropolitan level, successful at Moonee Valley, Sandown and Flemington.

“By a proven stallion out of a multiple city winner, she has a pedigree that suggests jump and run,” Smith said, adding that the early October born filly from “a Group One New Zealand family” is a “strong filly who should run early.”

Not a long wait for Edinburgh’s next through the ring, lot 60 being a daughter of the exciting first season stallion Divine Prophet and the two times city winning Encosta de Lago mare Chula Vista.

A half-sister to the metropolitan winner Charretera and the seven times winner They Call Me Rose (the mare’s first two foals) from the prolific Froth family of Horlicks, Brew, General Nediym, Laelia, Interstellar, Military Plume, Niconero, Nicconi, Mr Quickie and Fuimicinio, she is “a nice, big strong scopey filly who is more of a late two-year-old/three-year-old type which is what the family is known for.”

“She is by an up-and-coming young stallion whose progeny have really impressed me,” Smith said, noting that Divine Prophet won one of Victoria’s best stallion making races, the Caulfield Guineas-Gr.1, 1600m.Smith is also a fan of the Pride Of Dubai breed and has two in the sale, the first of those being lot 133, a daughter of the three times city winning Charge Forward mare Face Forward, half-sister to the Group Three placed seven times winner Privlaka.
“She is one of the nicest fillies from our current crop,” said Smith. “She hails from a proven family and is a really nice jump and run type. She is strong with good bone, great presence and a lovely walk. She should really stand out at the sale and be well received by buyers.”

Smith also has plenty of time for lot 193 whose dam Idyllic Mood by High Chaparral is out of the Tesio Stakes-Gr.3, 1600m winner Matras from the family of dual Group one winner Prized Icon.

“He is a really good moving, quality colt with great bone, a lovely head and outstanding presence, much like Pride Of Dubai. He has a great page and High Chaparral mares are proving to be very successful broodmares.”

Whilst High Chaparral is doing a great job with 24 stakes winners as a broodmare sire, Pride Of Dubai (Blue Diamond Stakes-Gr.1, 1200m, ATC Sires’ Produce Stakes-Gr.1, 1400m) has made a most encouraging start with his debut crop producing the impressive Listed winner Tanker and the promising stakes placegetters Dubai Star and Bella Nipotina.

Coolmore Stud Stakes-Gr.1, 1200m winner Flying Artie is another young stallion to have a fan in Ian Smith and he is confident about the chances of lot 137 being well received, a colt who has impressed during his sales preparation.
“He has really jumped out of the ground and has been developing so nicely, furnishing and maturing. He looks like an early type and I really like the way Lonhro mares have been going at stud.”

This fellow is the first foal for the Lonhro (already broodmare sire of 26 stakes winners) mare Fearless Choice, a half-sister to the Group Three placed More Radiant from the family of stakes winners Shalt Not (his third dam), Amelia’s Dream, Cation and Grand Zulu.